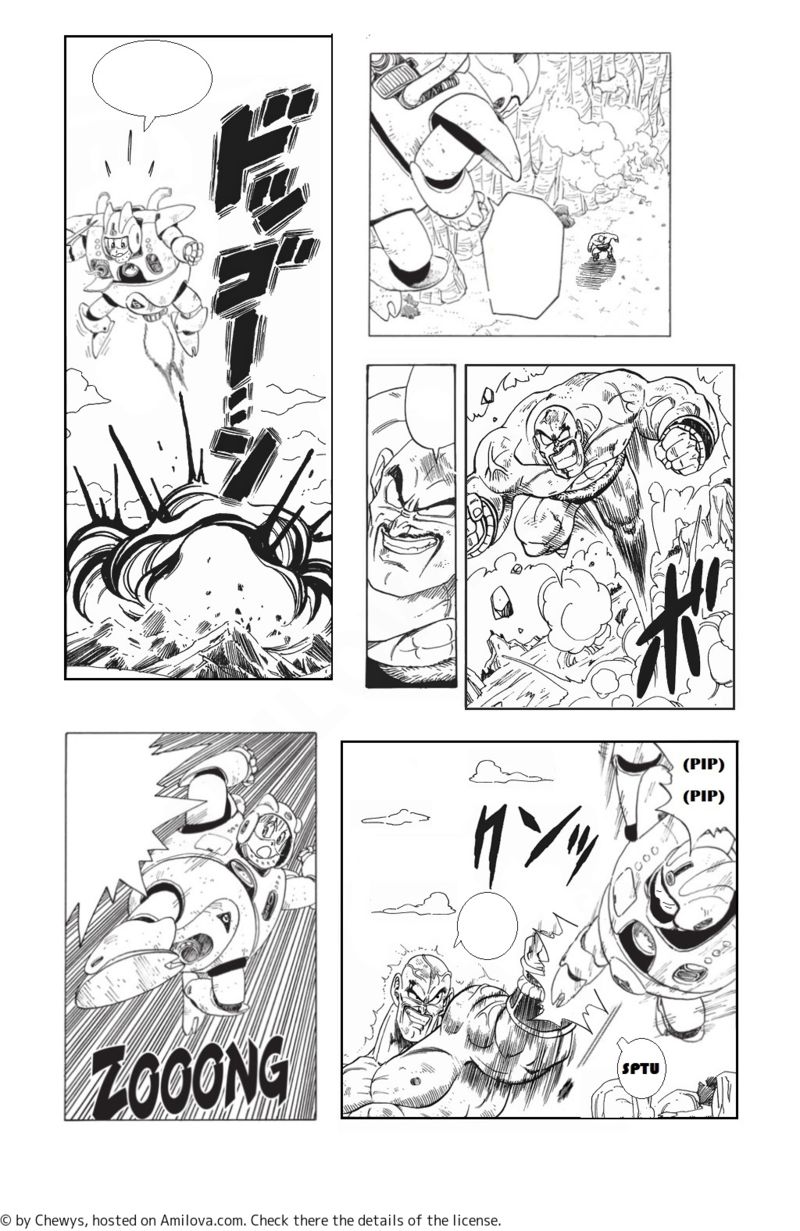 Yeah! Show him what you got!!! If the suit has incorporated in its memory all of the martial arts, then Bulma has an advantage

Bulma's armor / exoskeleton looks quite sturdy, but despite that I doubt that it is resistant to direct attacks of pure and concentrated energy, and even with the accumulated combat data and martial arts it doesn't mean that she can execute them, the body and the exoskeleton would be fighting for control, she tries to act in one way and the armor computer in another, it would be dangerous, Bulma must be in control.

However, as I said before she is a genius, if she had her hidden potential unlocked she would be able to do wonders that allowed her to even rule the WORLD through CC, even though she is on the team of nice guys.