Publish your comic
.Share your comic
with 126090 members!
Learn more... 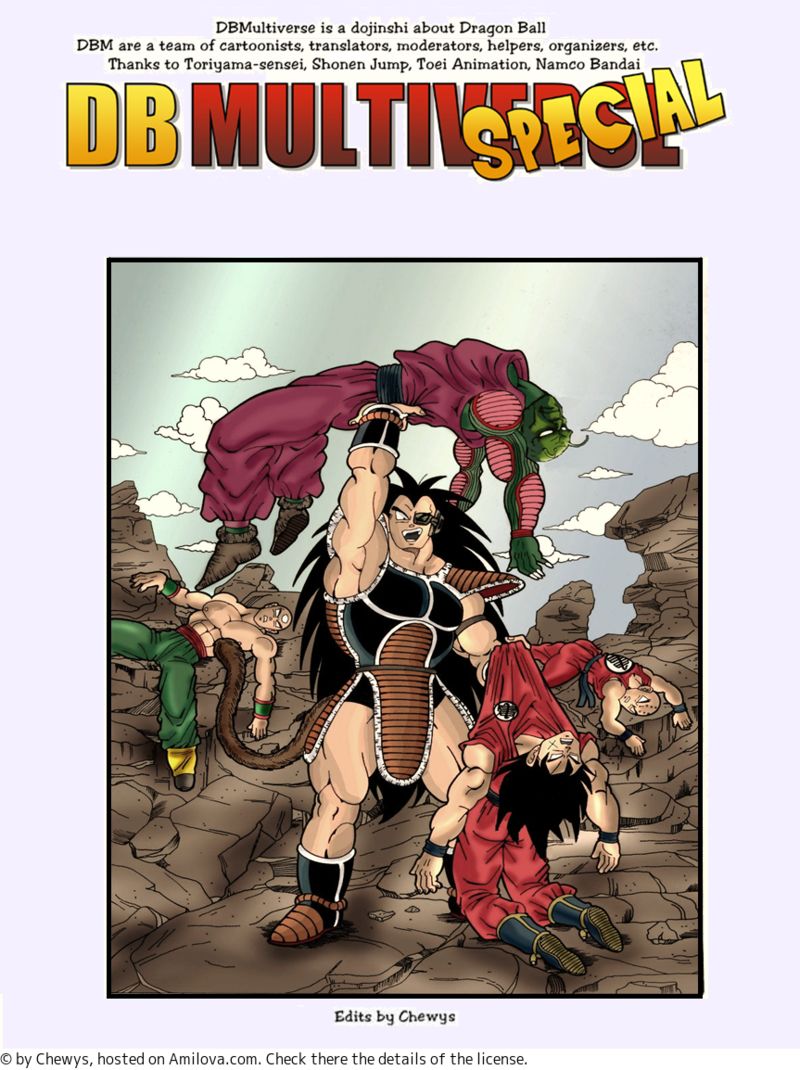 Original art by Simonetta Rigotto in Pinterest. Edits by me.

but you are right, its titles were very good. Good job, Chewys.

This is a really cool find, Chewys! I'm always amazed at how you find the best cover art

I found the original, and it looks like you edited Piccolo to look like Kami, and Goku to look like Yamcha. This piece of work was meant for your DBM Special!

I imagine this is the bad ending of Universe 9. No Kami means no Dragon Balls, so neither the Saiyans nor Cooler will get their wish. At least Raditz would make a ton of money off of selling Planet Earth when he'd conquer it, similar to Universe 13.

Agreed! The covers are really cool. I wonder is it supposed to be Kami, or King Piccolo? Don't they still have him contained in this universe? I wonder if they'll have to release him to save the day? Or if it IS Kami, I guess he'll show up after Krillin and Roshi take some beatdowns?

Ultimate-Perfection said:
I imagine this is the bad ending of Universe 9. No Kami means no Dragon Balls, so neither the Saiyans nor Cooler will get their wish. At least Raditz would make a ton of money off of selling Planet Earth when he'd conquer it, similar to Universe 13.

What-if this isn't the bad ending of U9? What-if this is when they all go to Other World, train with King Kai for a while (doesn't have to be a year), and then come back to defeat Raditz? I could see it possible that Raditz might have some trouble conquering the Earth if the remaining Z Fighters (Roshi, "Grandpa" Gohan, Kami, and Mr. Popo) use guerilla warfare tactics to prevent Raditz from doing Goku's mission. Or maybe Raditz returns to a Cooler world to get backup and that provides the dead Z Warriors plenty of time to train with King Kai to get more than strong enough to defeat Raditz and whatever Cooler goons accompany him. Raditz of course would wonder how the dead were back to life and the Z Fighters could end up telling him about the Dragon Balls which prompts Cooler to either come to Earth himself or send stronger Cooler forces like maybe Vegeta and Nappa.