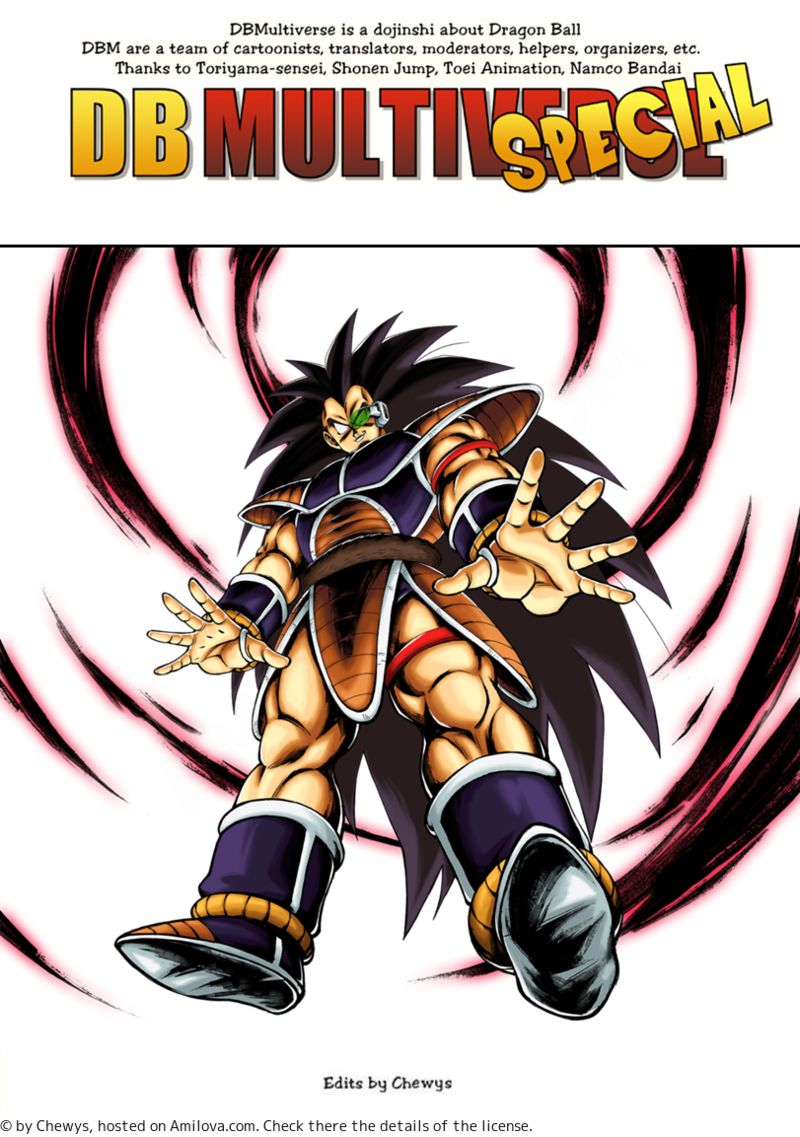 Aaaaaaand... it´s almost his time.
Raditz´s image i find it in Google Images, it´s from a DB cardgame (don´t know who the author is). I thought he looked pretty bad ass

Here is the game. It also has some fanfics!!

Question. Did this Raditz come to Earth in the same year as his U18 counterpart?

Hehe, all will be answered... we shall see

I didn't even think of that. If Kakarott's murder was omitted from Cooler's rise to power, then he doesn't know. How are they going to solve this?

Hehe... well, Cooler killing Freezer was top secret. Ir allowed Cooler to take over the empire. Who knows he killed Kakarotto? According to pllanet Vegeta's records Kakarotto was sent to Earth. Who could know that happened in deep space? Specially after the whole planet blew Up and a galactical overthrowing took place

Well... in spanish it was dub Kakarotto... but i always thought in english was Kakarott...

In Japanese it is Kakarotto. in English it is kakarot. I prefer the Japanese aka OG name as it makes more sense with Vegetto's name

Finally! We get to the introduction of the Saiyans. I hope our heroes are ready to face these genocidal aliens. King Piccolo and his children are mere fleas compared to them!

You chose a great cover for this chapter, Chewys. Raditz has always been one of my favorite Saiyans. His design is intimidating, with that long spiky mane of hair. He freaked me out as a kid, when I found out how powerless Goku and Piccolo were against him, even when they teamed up. I really wish Toriyama had given him more screen time...

Also, Raditz is going to be quite shocked to discover that his brother Kakarot is not on Earth. I almost feel bad for him, since he is now the last surviving member of his family.

He came all the way to this planet for nothing!

One last thing: I hope Haarp will be shown in this chapter as well. He was so awesome to see! I wonder if he will be forced to team up with the Z-Fighters in order to stop Raditz, much like how Goku and Piccolo became "temporary" allies in U18?

Yeah, Raditz is my second favourite character after Tien.
By the way, careful what you wish for