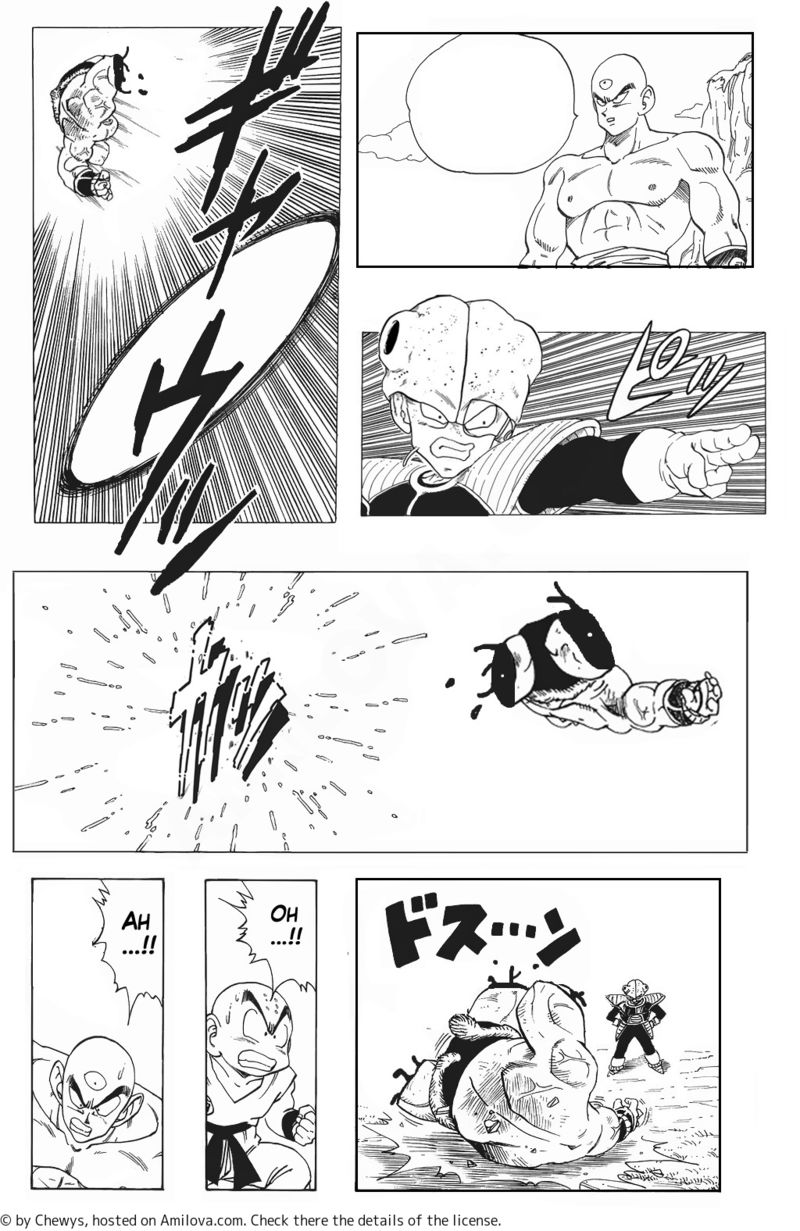 Really looking forward to the kaioken!

why is kiwi saving napa ?
what is the sense of keeping a no leg one arm fighter that will for sure die with all the blood he lost :/

Hope to see an explanation of this.
Or will kiwi simply look at him with a pervert smile saying that after all he is as useless as vegeta and that he offered him the proud to be killed by a true fighter

Deep down Kiwi considers Nappa the son he never had.
Next page they will profess their undying love for each other.

Chewys has specifically stated in his personal twitter that he will do it in no less than via interpretative dance. He truly surpassed himself this time.

Ummm, Kiwi not to sound ungrateful but, is he really worth keeping at this point?

Kaioken is going to be a suprise for sure!!

Just because something is broken doesn´t mean you have to get rid of it. Don´t you have any feelings?

Kiwi isn’t Vegeta. While the latter would’ve killed Nappa for losing his fight, Kiwi seems to be the type to be a bit more pragmatic.

Vegeta was content to wipe Earth clean of inhabitants after possibly getting his wish of immortality from Shenron, but Kiwi has taken more interest in the planet besides Dragon Balls. This is why Kiwi planned to take Bulma with him so she can advance the Planet Trade Organization’s technology due to her advanced scientific knowledge.

Who knows; Nappa has had both legs and one arm cut off, very similar to what Obi-Wan Kenobi did to Anakin Skywalker/Darth Vader before he was turned into a cyborg. Could we be getting a Mecha Nappa in the near future?!

He could still be made somewhat whole again via becoming a cyborg like Frieza was after Namek in canon. He could become a Mecha Nappa. That is of course assuming Kiwi defeats our heroes and he could take Nappa back to be made into Mecha Nappa. Obviously that won't happen as we know our heroes are meant to survive in this timeline, but it's not like Kiwi knows that.

lol after all that bullying why he saved Nappa?