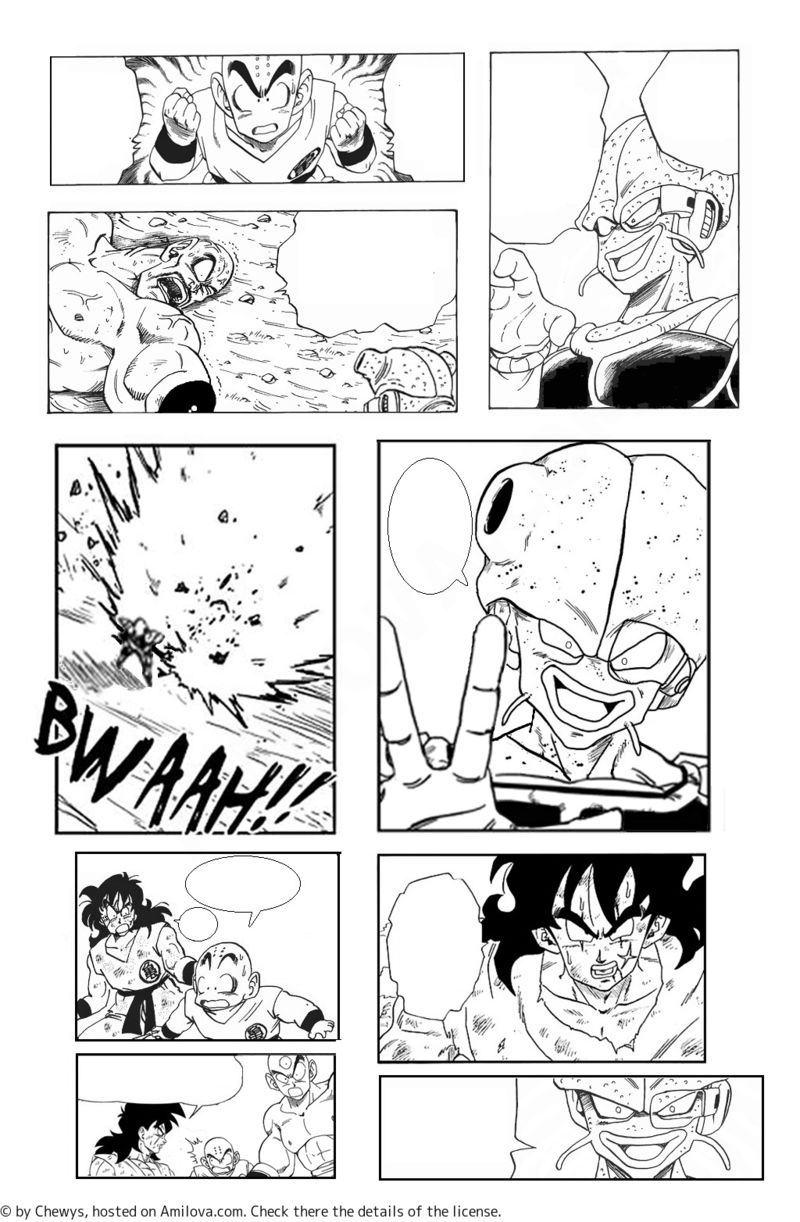 The worst day of Nappa's life is simultaneously the best day of Kiwi's life, for the exact same reason

Well, you know what they say, if anyone can do it, why not do it yourself

Dunno if they actually say that. Who's "they" anyways? What was I saying?

lmao, that explains why he did what he did.

You fought well Nappa! Your last day of life was a hard one. Forced to betray your Prince and betray your race in order to save your own life, then having your pride hurt by three Earthlings, all to finally become a triple amputee from another human and then finally killed by the biggest lapdog henchman under the Planet Trade Empire. Farewell proud Saiyan!

I guess that leaves Vegeta to be the last Saiyan in existence (besides Paragus and Broly). I hope the Prince will transform into an Oozaru and squish Kiwi like the slimy bug he is!

He betrayed his race to save his own skin only to get repeatedly humiliated, ends up in his underwear, only succeed in killing one old man, then get immediately tripple amputated, and then he gets killed by the guy who made him betray his race...

Raditz is going to laugh his ass off when he sees him.

I don't see as him as having betrayed his race... Cause in his mind there were no more saiyans but him. So he was his race after all. The last saiyan (or so he thought)

Really of the race of the ape warriors, only Paragus is Broly, but I cannot imagine the two joining the Cooler NOW that Vegeta will probably be dead in this Universe, and neither do I see Vegeta (IV) even surviving being a threat to Broly , the fight of the two if it happens, would be a joke, and I do not see the Z helped Vegeta in any way, that if he survives he would hardly be able to organize an army, let alone take the fallen empire from Cooler. Except that at U9 there will also be a multiversal survival tournament, I don’t think the two will leave the planet Vampa.

I believe that the destiny of the two is to die, unless the God of Destruction Bills wakes up after dreaming of the Super Saiyan God, but there are only three, Paragus, Broly is Tarble (Vegeta's brother), and only and only Broly has a pure heart, without malice. Because of this, the ritual would fail, and SSG is not possible. I want to see what Bills is going to do here, what Broly is going to do, and whether there is a chance that the Z will help or clash with him.

If you ever read the DBM Minicomic Page 70, it is mentioned that in U9 (along with a few others), Paragus and Broly do not pursue Vegeta because he is already dead before Age 767. Beacause of this, they do not travel to Earth, and thus Paragus and Broly enjoy the remainder of their days in their small empire.

Of course Paragus' empire would be nowhere near the strength of the Frost Demon's empire. Only Broly would be able to defeat them, but there would be no need to use him as Paragus wasn't interested in ruling the universe; he was only interested in killing Vegeta and taking over his planet as part of a true Planet New Vegeta. (maybe he would call it Planet Paragus instead!)

As for the rest of your post, Dragon Ball Super is not canon to An Earth Without Goku as this fan-manga follows Dragon Ball Multiverse. This is DBZ Movie Broly, not DBS Movie Broly. He isn't a good guy. Tarble does not exist in this continuity either, neither does Lord Beerus.

Even if Beerus did exist in this continuity, the Earthlings wouldn't probably be able to do a thing against him.
They never freed Elder Kaioshin from the Z Sword so they couldn't get any of their potential unlocked to stand even a small chance against him. The strongest enemy the Earthlings in U9 ever faced was Dabura, whose power was between a Mastered SSJ1 and a SSJ2. Majin Buu was never released so they didn't have much incentive to get stronger after the Babidi Saga ended.

I'm very grateful to the author, this really changed my thought. I'm looking forward to acknowledge this website as one of the best for new information. Links are allowed in comments only for Team Members!