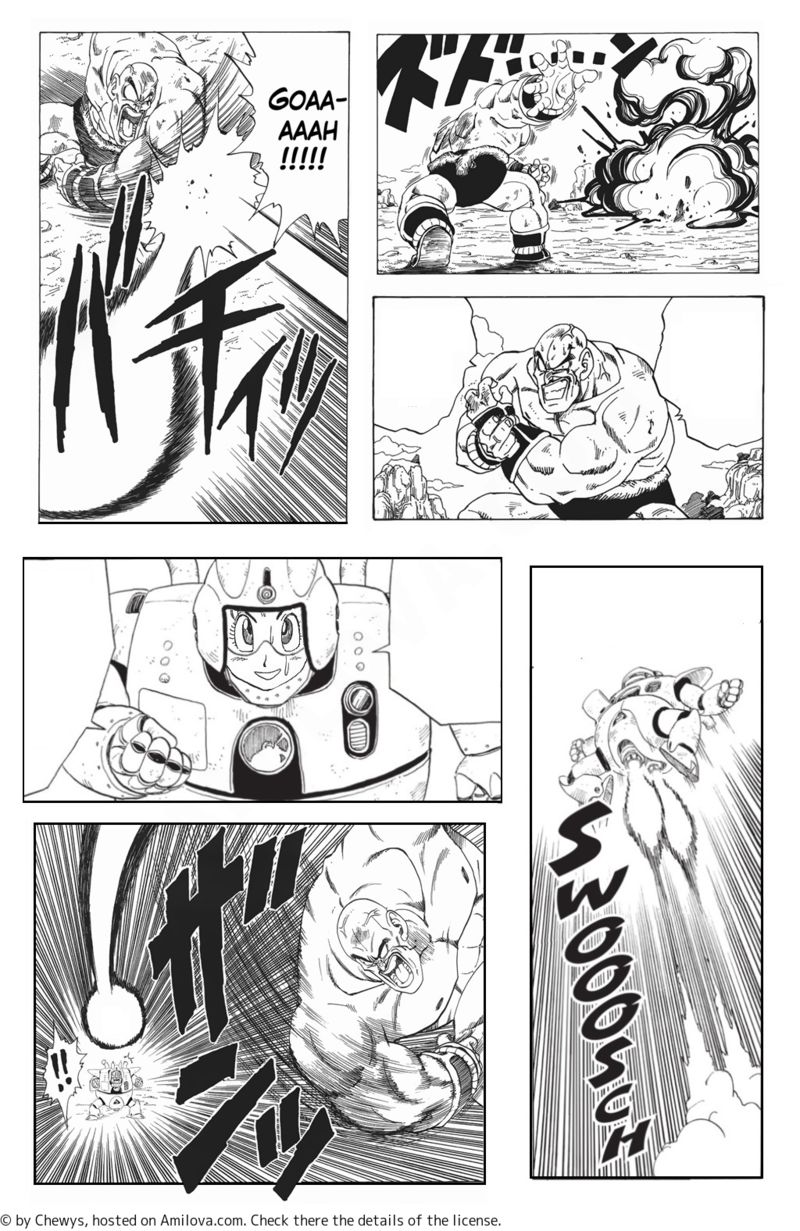 Raditz fought multiple people at once and was rarely caught of guard. Hell at one point 2 people magicly teleported in front of him, he couldn't have possibly foreseen that. And he still almost won.

Nappa has managed to lose everything except his underwear (including his saibamen) and the cavalry hasn't even arrived yet.

Raditz rules, Nappa should focus on his moddeling career, and Vegeta better fights bulma at some point

Knowing that humans have at least 5 units, this the Bulma special clothing can have up to 5,000 units.

lmao Nappa is not having any of it.

I was really surprised to see Bulma enter the fray in this fight! Even if Bulma manages to get killed by Nappa or Cui, they can still use Shenron to revive her since she hasn't died yet.

I'm loving the use of her brains to develop robotic suits to help her fight. She must've gotten the idea from the Red Ribbon Army battle jackets and Pilaf exo-suits.

Just wait until she gets her hands on some Frieza Force tech and schematics to Dr. Gero's androids. She could create a real powerhouse of a combat armor! She could probably make use of a body like Android 16's, since his is rather large, yet durable and powerful.

Tough weeks. Didn't have anytime to finish the next pages, sorry. I'll upload as soon as they are ready

Cheers! Thank you Chewys for your time and quality work

We will be here when you return

Btw, are there any news with your Patreon page?