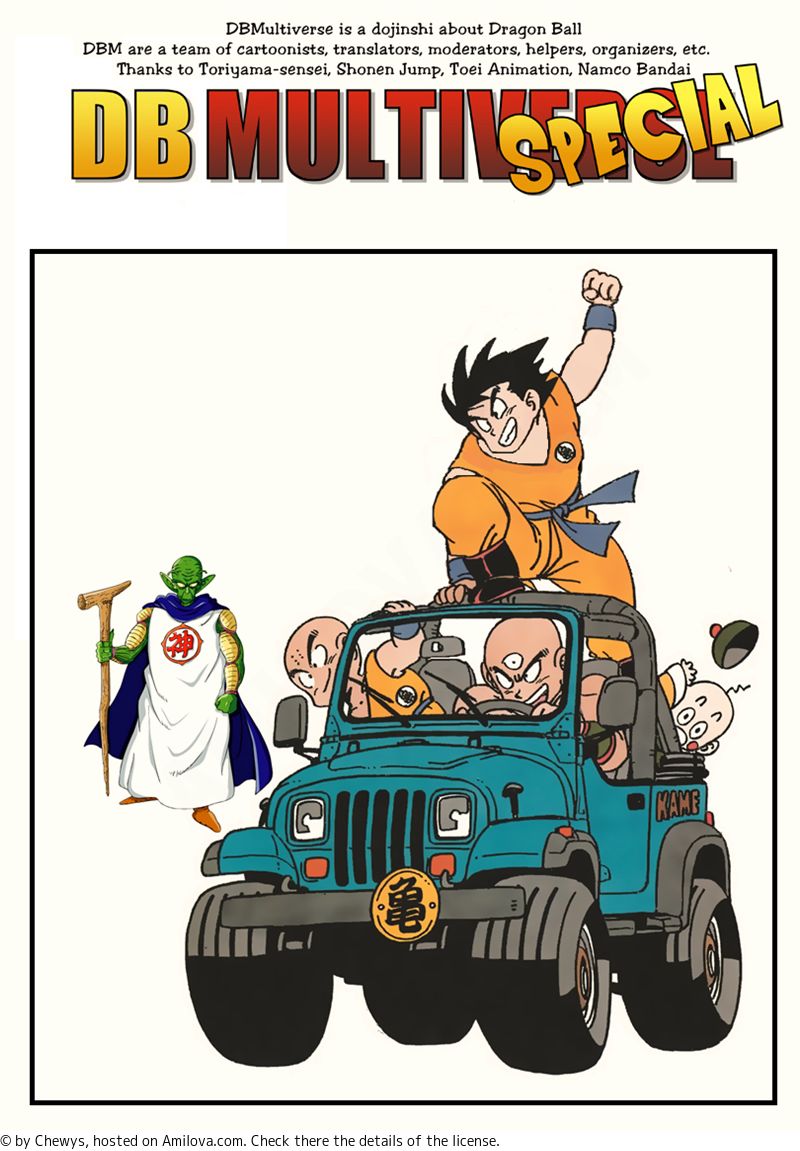 The tournament's end is in sight. Who will come out victorious? Will it be the Z-Fighters? The Demons? MISTEEEERRRRR SATAAAAAAAN? Find out next Saturday, on "DB Multiverse Universe 9"!

It is so wierd to see the classical crew and feel now that Dragonball knows Supersayans.

Kami is an idiot though. If he would really want Earthlings to be strong, he would just train them himself with Popo.
Just like after when Radditz came.

I know this is fanfiction but I too expected Kami to be that stupid after all.

So Kami would always prefer the less intervention as possible letting the humans find the way to protect earth.

Yeah but Humans just DON'T find the way. THEY DON'T. That is the problem.
Life is too chaotic, too random... to dumb in itself.

If you are lucky you end up a Hakaijin, if you are not lucky you get killed by a moronic punk from outer space who can end your whole planets population by itself.

Kami is an idiot thats just it.
He has the knowledge but he is just too laid back.
The whole waiting thing and letting Humans try...
... I don't know...
to be "independent" and let them their illusion of free will and self-determination... this is just arrogance and belitteling of a mortal kind of people.

He can "create" people who are around 3 times as strong as his evil side himself.
But due to whatever dumb shit he is thinking he is not chosing to.
The only thing that makes me think his attitude is excusable is that no Earthling or Human has ever tried to ask him out himself.

Just go to him and ask him yourself.
We get what we put up with. We don't get what we could, if we don't seek it out.
Do not think of yourself as unworthy, just go to "God" himself and ask him to show him everything he knows to get stronger.

And if he rejects you...
relax and rest easy in the assurance it is not your fault if you are too weak. ;-)

It pisses me off to think Tien could crush Haarp like a bug but he can't cause Kami is playing a worthless passive role for no real reason or benefit.
Evil triumps if he is not careful.
And it will not be the Mortals fault then.

I think unless a threat is an extinction or world ending level event, Kami takes a hands-off approach.

I agree. Kami should have helped the Humans. The only thing I can think to defend him is that he has something in mind, that he will explain why he made a pact with some Demons and risked to doom all Mankind.
We shall see... perhaps Mr Satan will become friend with Haarp...