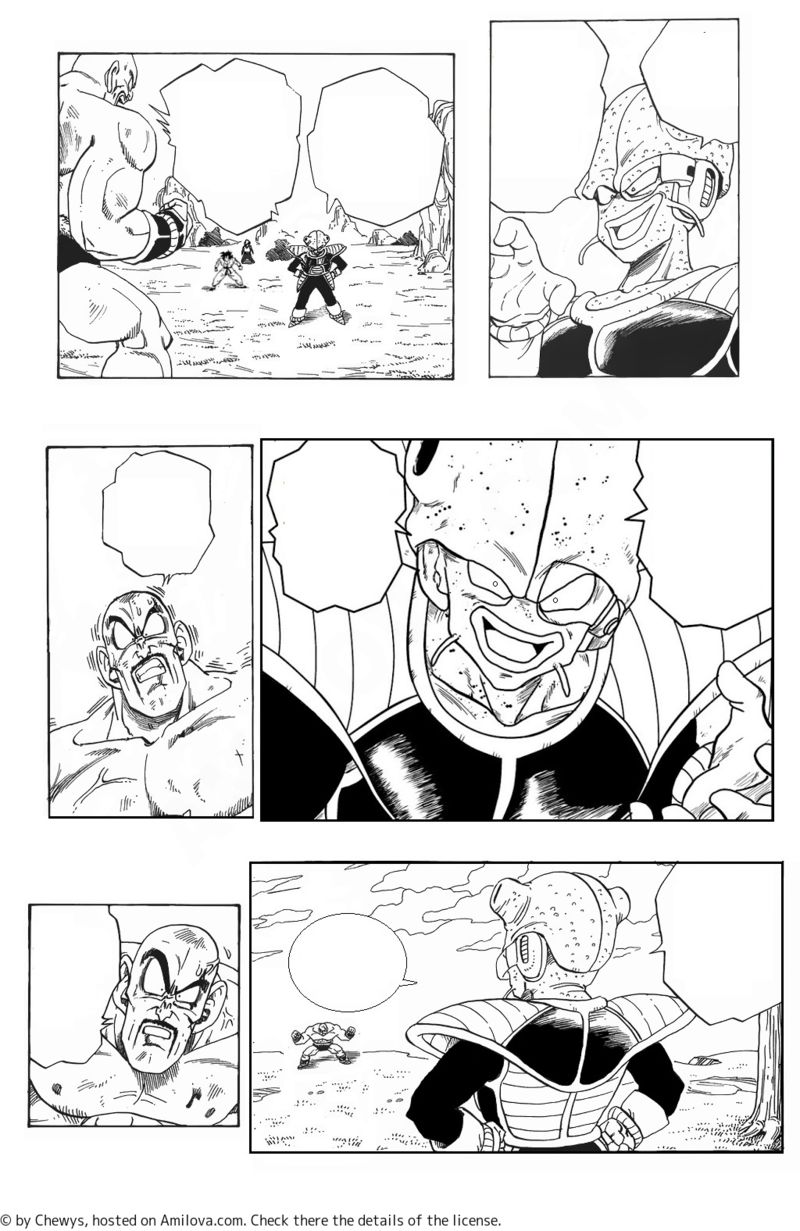 First Vegeta steals his scouter. Then he loses all his saibamen in a humiliating way (that includes getting blasted in the face by someone he considers far beneath him), then said oponnents repeatedly trick him until he lost everything besides his underwear without actually hitting his opponents and THEN fish face shows up and tells him his partner got killed and he's about to be excecuted for treason.

Awesome! Is there an English or French version?

Nope, not that one. Just this one here, wich i translated to english:

Thanks! Do you think he'll keep it up or did he give it up to start DBF?

Oh Kiwi, you are such a scumbag. He was Frieza's lapdog in the original story and is no different with Cooler in Universe 9.

I hope Vegeta appears behind him and gives him the Dirty Fireworks like he did in the original manga. It would be a fitting end for him as he pulled a cheap shot against Vegeta as well!

Even though Vegeta and Nappa are the baddies and are the aggressors here, I can't help but root for them since they really got the short end of the stick in Universe 9. Cooler's reign seems to be even worse for them than it was for Frieza since they have to babysit a powerful and short-tempered dimwit like Gorkor, as well as having scoundrels like Kiwi butting into their affairs. I hope the Earthlings are able to at least pay them some respects as fearsome warriors, if Vegeta and Nappa do manage to be killed.