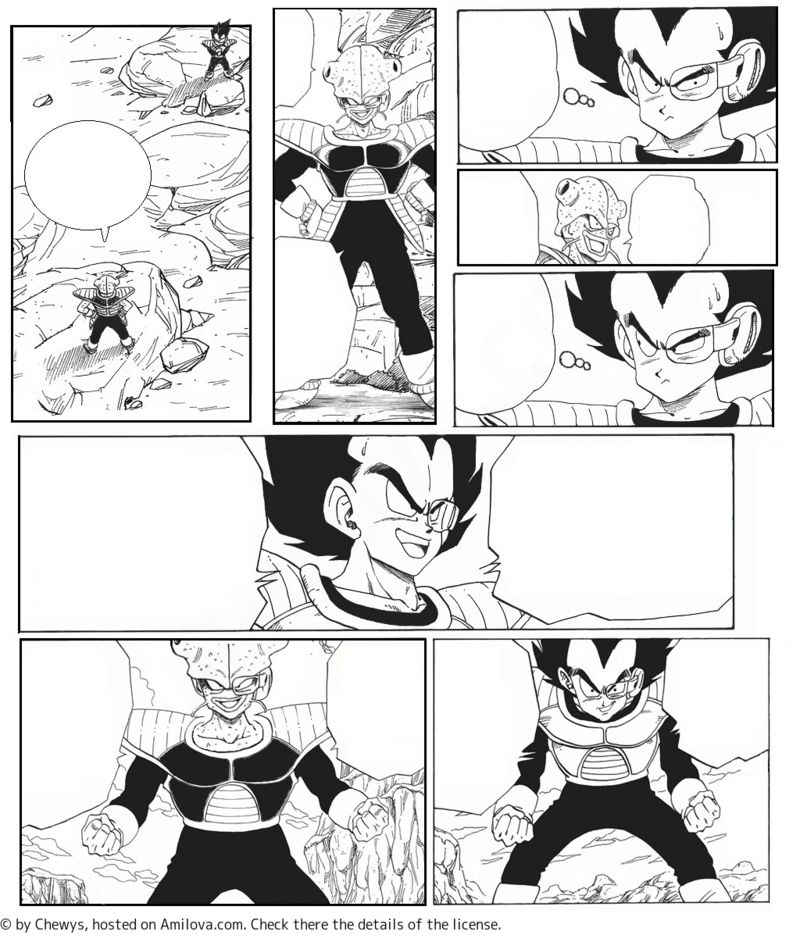 poor vegeta this won't be as easy as in our universe.
He didn't got the powerup gained for beeing so injured with goku.
And as far as i know slimeface said they were about the same strength... But he didn't calculate the power up vegeta got

It would be incredible to see Kiwi having to ally with the Z to fight Vegeta, he may even want to play a chat that if they join Cooler’s empire the Earth would be protected and they and all Earths would be part of the super galactic empire powerful, it would be nice to see him spared and then abandoned by the Cooler, maybe the Kiwi will start a rebellion with some of the lower soldiers and lieutenants, it would be amazing to see him achieved redemption is by joining the Galactic Patrol, what do you think, Chewys? Could Kiwi be the villain who becomes the anti-hero and then the hero in Dragon Ball? What's up Chewys? Whoever supports this idea gives the suggestion to the creator!

haha ha! Vegeta always so arrogant. He doesn't even care for the existence of cui, on the other hand this battle will be difficult since their powers are equal.

the dialogues are great. Kiwi is smart here. It would be fun if he won the fight. But it won't happen.