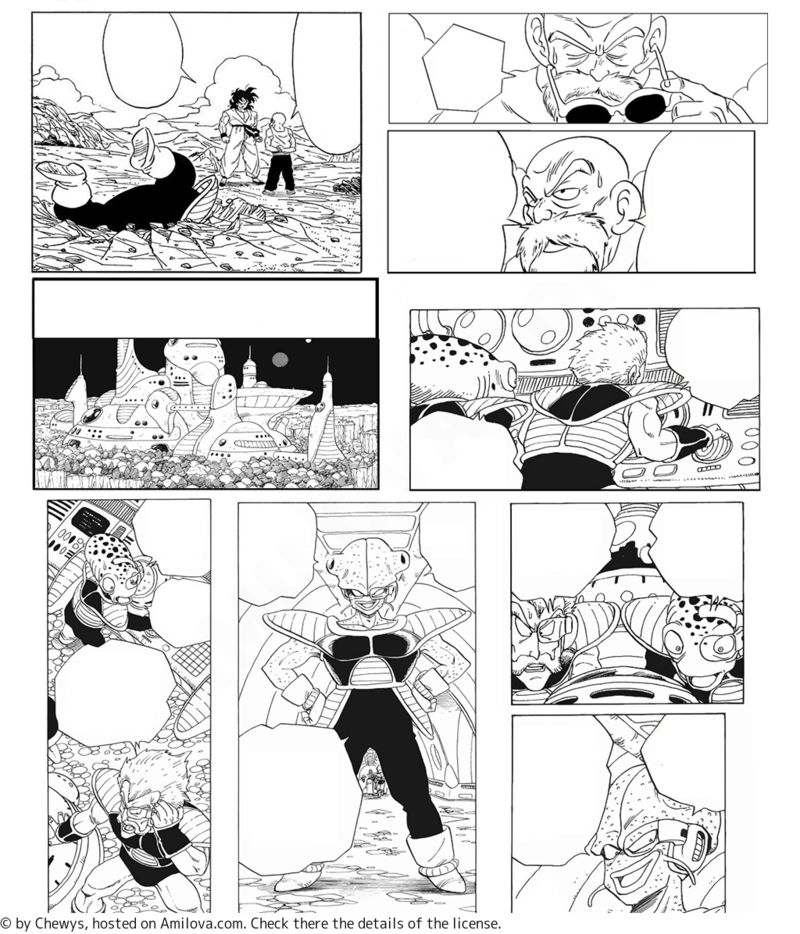 I always saw Cui's one sided rivalry with Vegeta as jealousy on Cui's side and indiference on Vegeta's side.

Only said monkey has way more potential than him and could surpass him any time. In fact he does in DBZ and just one shots Cui without sparing a thought.

Althoug he is stronger than Guldo... But since Vegeta already throws biscuits at Guldo... Not much of an accomplishment there.

Ehi. We are at page 500! Compliments to Chewys for this achievment!
And our heroes will have to face Cui too? That will be bad! I wonder how strong they will become after training...

I wonder if this when they going to ask Mr. Satan to help with there traing sins Videl did joind them later in U9.