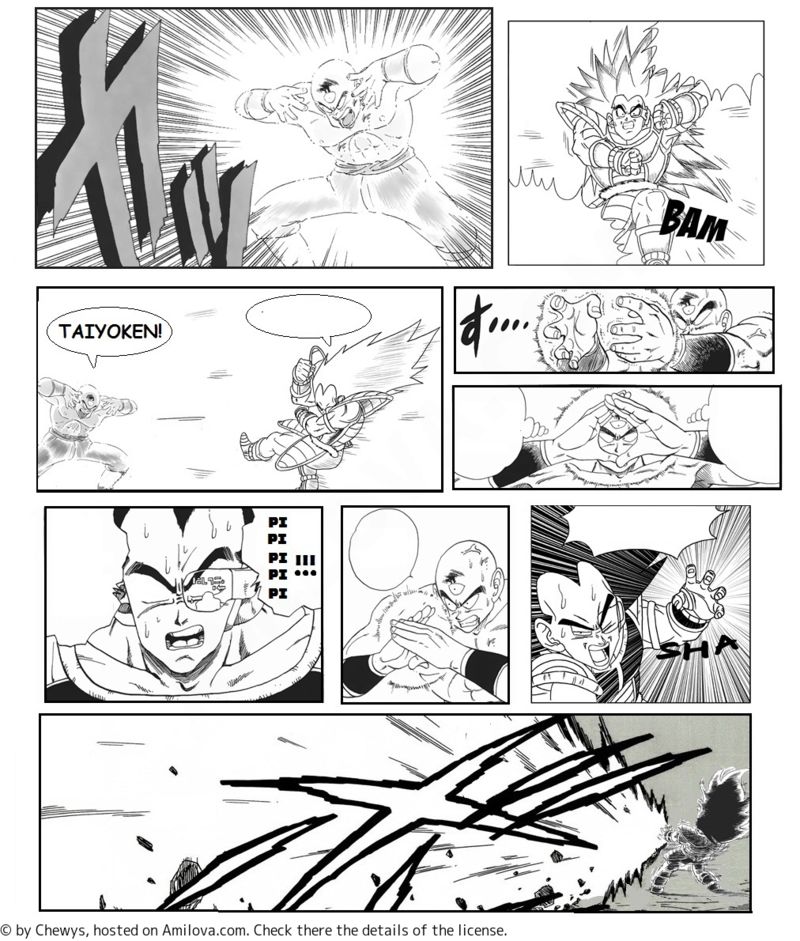 Well they don't know that Raditz can sense energy, the best choice would be flash, destroy scouter and hide.... but that is information Tenshian the Awesome doesn't know.

Raditz is blind. He surely didn't aim his target correctly.

I forget, in the original manga, did Tien have the Solar Flare by the time he fought Goku on the 23rd Martial Arts Tournament?

You can see in the last panel that he opened his eye a little, so he probably aimed correctly, but if he did...

Tien actually first used the Solar Flare in the 22nd Martial Arts Tournament, during his semi-final match against Jackie Chun/Master Roshi, and again in the finals against Goku. (to which Goku steals Roshi's sunglasses and counters Tien's move.)

I also learned some interesting trivia, in that "Taiyoken" means "Fist of the Sun" in Japanese!

The English name "Solar Flare" ties in nicely with this, because the disruptive nature of the blinding light is similar to a real solar flare, which the increased brightness in the Sun can actually interfere with the Earth's ionosphere and long-range radio communications.
It's a good parallel Dragon Ball as well, since Krillin's Solar Flare x 100 can disrupt a fighter's ability to sense Ki, like it did with Gohan in Dragon Ball Super.

Raditz sure knows how to shoot giant energy beams! That's the second one of that size he has fired. Tien had better hurry up with charging his Kikoho, since Saiyans seem to recover from the Solar Flare more quickly than a Human, like we saw with Great Ape Vegeta in DBZ.

Already? Goodbye Tien, now without him I can't really see how Krillin and Yamcha will handle it, Tien was their best shot with the Kikoho.

awesome pages, thanks for the work again