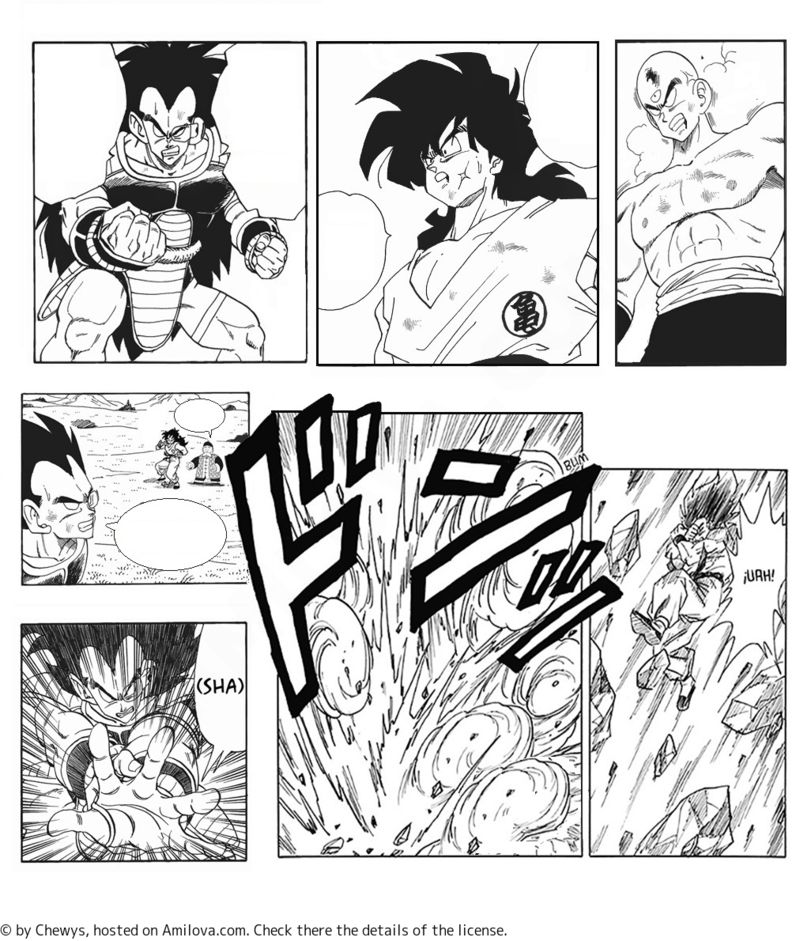 will be in troubles
I know it is a spelling error, but it made me laugh.
Even Raditz makes fun of Vegeta's brother Trables

And thats the end of grandpa Gohan

At least Raditz is smart! Is Gohan gonna die on his birthday??

"Plus they can raise their power levels!"

This one is actually not bad but shifting the sentence a bit can help with flow and fitting in the bubble:
"If I let them assemble, even I will be in trouble!"

You're welcome! And for Raditz' second line, "If I let THEM assemble..." instead of "all".

Also did you see the latest page of DBM's U9 special? I wonder if they will completely skip all of the stuff in the middle because you've already done such a great job of showcasing it.

Well... i certenly hope not :o

Nobody on earth is monstrously overpowered compared to the others and the earth fighters actually have to work together to face threats as opposed to waiting for goku to arrive.

It also looks like those overpowered beans will be out of the battle, so I expect to see a lot of teamwork to kill that wall.

Raditz has to end Tien Yamcha and gohan before Roshi and Krillin arrive.

Raditz should be a little weaker at the moment since he did take some hits even while dominating Tien and Yamcha.

Finally, Raditz is beginning to take matters seriously! I also wonder who he destroyed with that Double Sunday? I'm guessing it was Gohan... He was already revived once with the Dragon Balls!

It better not be so!

Could it be that many heroes in U9 might actually stay dead forever? That could actually be a very interesting plot point. Shenron is much more limited in his power with Kami's Dragon Balls.

Could this mean that Chiaotzu may stay dead for the remainder of the series? He has already been killed twice. I wonder... If Master Roshi were to get killed again and not be wished back, could that be the reason why Krillin decided to become the new Turtle Hermit, in honor of his fallen master?