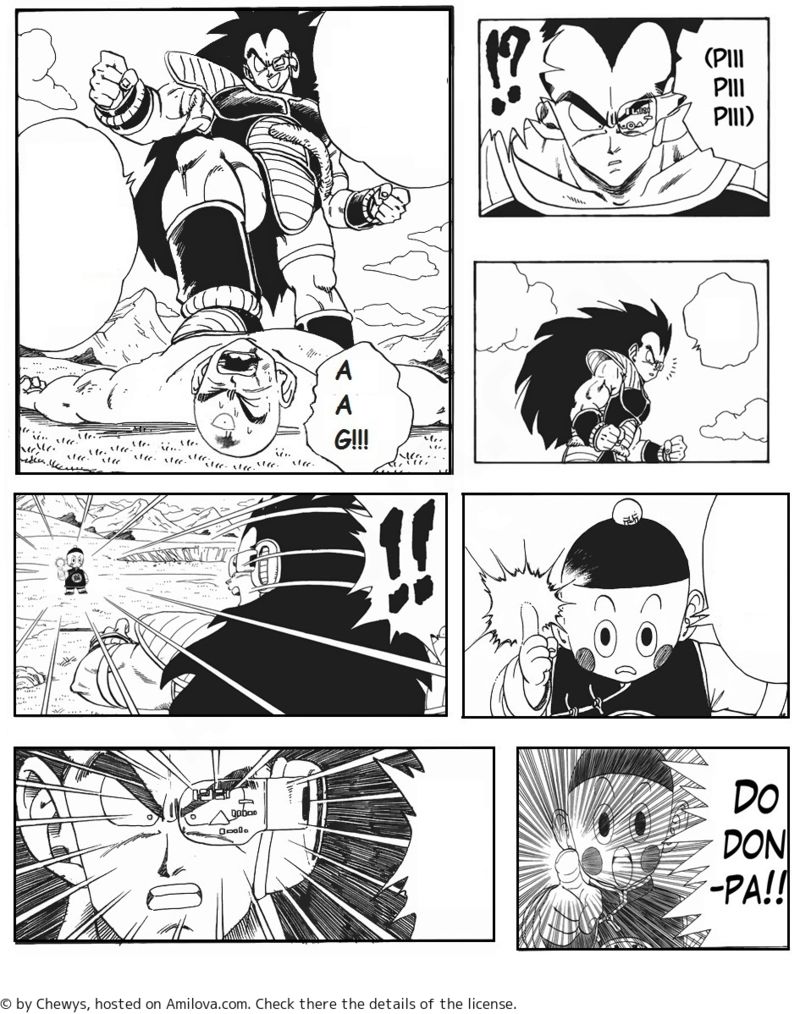 I'm curious if Chiautzus Dodon can raise up to over 700 units can he hold Raditz back with his Psychich powers?

Guys it's Chiaotzu. Yes, I'm gonna be a grammar Nazi, but only because Jason spelled it wrong first and everyone has copied him in spelling it wrong up until now.

Raditz is so done here - if dodonpa has almost 700 imagine how strong will kienzan or sokidan be - meh Raditz - they will kill one of the brothers after all - but not Kakarotto ;P

Remember, Chiaotzu is able to charge the Dodonpa to boost its power more. He did this against Krillin during the 22nd Budokai in the original series. Even though Chiaotzu's Dodonpa is far stronger right now than it was in the original DBZ Saiyan Saga, it's still vastly inferior to another piercing beam: the Makankosappo. Raditz could either dodge Chiaotzu's beam, or stop it with his hands.

Raditz can dodge it, he is fast enough for it

Yes, Raditz, welcome to the fabulous world of Ki rising with the level of your attacks!

This fight should be easier then expected.

Though Raditz outclasses the earths fighters in raw power.

They have a lot of experience in dealing with stronger fighters and many options in how to deal with raditz.

Mafuba is a thing as is Chiau Tzu and his restraining.

If radita does'nt quickly Tien and Chao tzu before Yamcha and Krillin arrive it's over for him.

I think it will be the opposite. The Earthlings will have a tougher fight, since Raditz is no longer in the mood to toy around with his prey, like he did with Goku and Piccolo. Raditz knows Kakarot is dead (although falsely thinking it was the Humans who killed him).
He is angry at the Earthlings for wasting his time and coming to Earth for nothing. While Raditz was able to forgive his brother Goku and give him an ultimatum to fulfill part of his original mission, he is in no good mood at all.

Tien, Yamcha, Krillin and Chiaotzu have powerful techniques, but they are still inferior to the strength of Goku, Piccolo and most importantly, Son Gohan. Gohan was the first to deal significant damage by powering up to over 1,300 and damage Raditz's armor, allowing Goku and Piccolo to take advantage of his new weak point. The Earthlings have yet to fight Raditz as a team together. This will be tougher than we think.