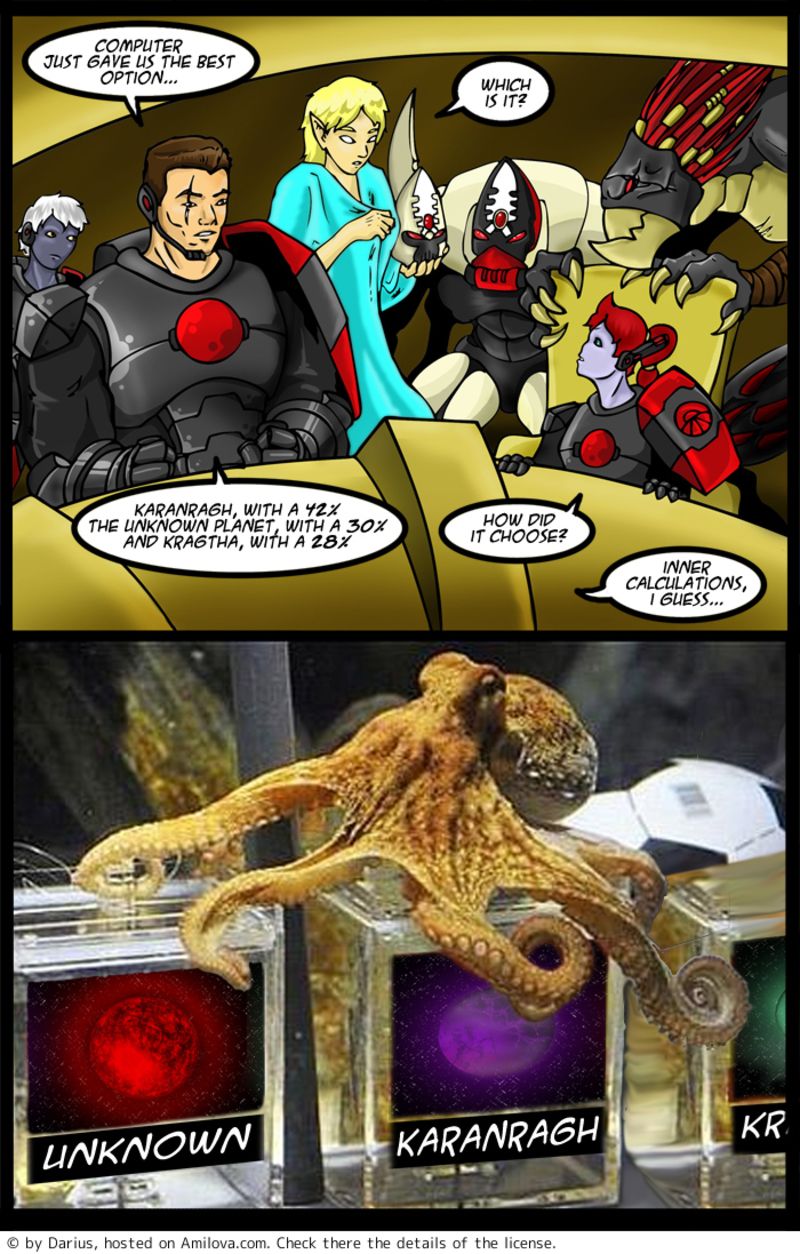 Death-carioca said:An octopus?! What are you? Captain Obvious? Cease and Desist.

kirma said:...octopus thats weird and surprizing It has an explanation. During the soccer mundial cup, Germany had an octopus that could see in the future and say what team would winn each match. It never failed... till Germany-Spain, Paul (the octopus) said that Germany would win... it didnt. We did.

Paul you will miss us...