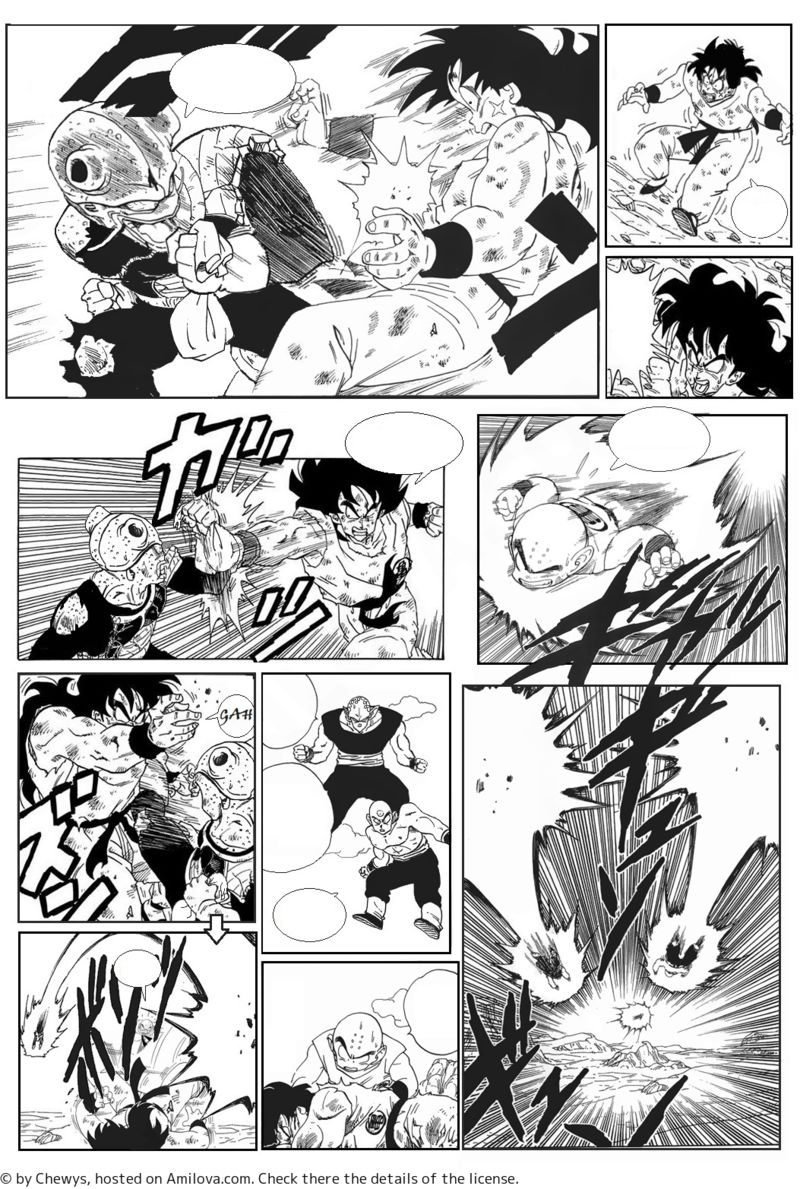 If you want to support this project:

Thank you for everything!!!

If Kiwi is as smart as he seems, by now he already ate a senzu

You know, if there IS more than one, then that'd actually be pretty smart. Taking one then giving one to Vegeta, before the latter kills the former...

I don't think giving one to Vegeta is smart at all for Kiwi since Vegeta would get a Zenkai boost that would likely put him above Kiwi's power level.

Not likely, it's garanteed.
Vegeta will be just as strong as when he one shot kiwi in the manga.

Yeah like Boomstick said, Kiwi's a dead man-alien at this point, what I meant is, since he doesn't know about Zenkais he should probably eat a bean before giving one to Vegeta, as a sort of insurance.

I expected this to happen! As soon as Kiwi spotted Yamcha giving Tien a Senzu, I knew Kiwi would go after him. Yamcha is the weakest link right now obviously, but it was his choice to stay and fight.

So Kiwi is going to heal himself and possibly Vegeta with the Senzus? Little does Kiwi know, Vegeta won’t be so happy to be played a fool by him, nor does he realize that he just gave his “rival” a Zenkai! It’s what Kiwi deserves for being a two-face.

The Earthlings are in for a tough fight ahead once Vegeta kills Kiwi. He will still be able to use his Oozaru form, which the Earthlings have never seen before and have no way to counter it like in canon.

Not because Lord Kaioh of the North / King Kai explained the past of the ape warrior race to him as he did with Goku in the canon, THAT THEY Z know about the transformation, together they will use Bankoku Bikkuri Sho to paralyze and paraffinize the Prince and cut your syrup. Vegeta still manages to escape but even more injured than in the original!

Yamcha must be dead, now.