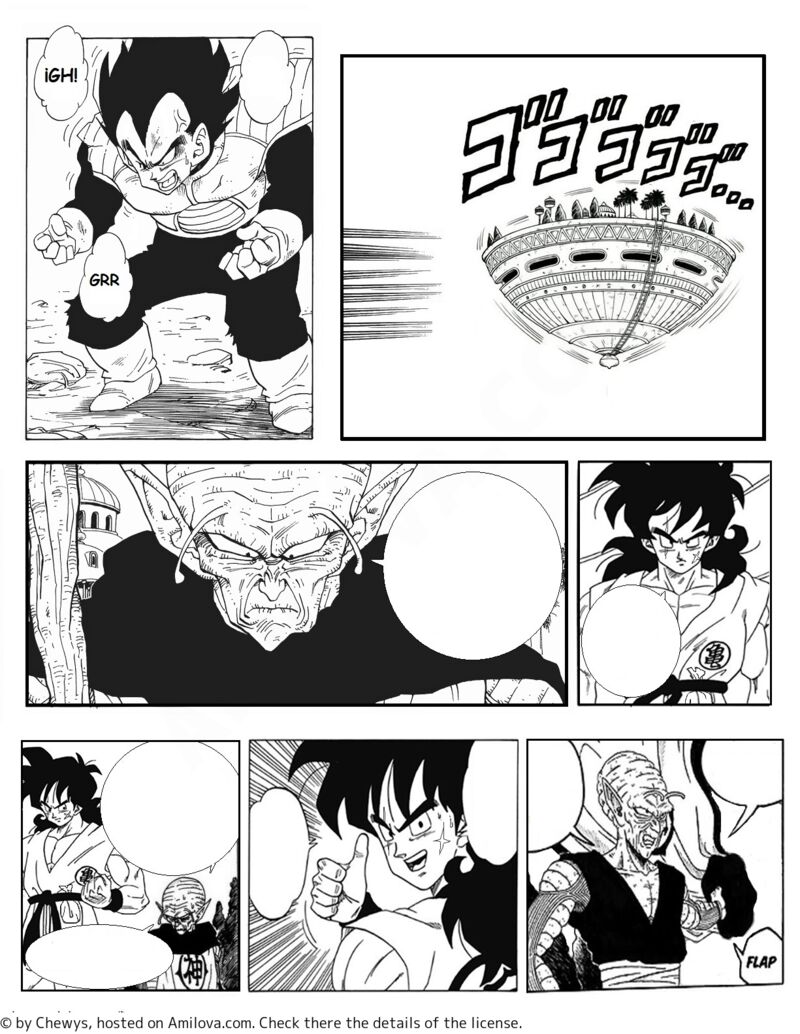 Has Kami gotten any stronger in the last year?
Because if he's still below Raditz he really has no business down there.

This....IS MY BOOMSTICK said:Has Kami gotten any stronger in the last year?
Because if he's still below Raditz he really has no business down there.

He has. We could say he is around Yamcha´s and Roshi´s level... but then again... that´s nothing next to Vegeta.

I would imagine that Kami grew stronger since he helped Yamcha and Roahi train in the Hyperbolic Time Chamber. I don’t think Kami ever trained in Dragon Ball, since nobody (except for Tien) had surpassed him in power until Raditz arrived. Unlike in canon, there was no hybrid Saiyan named Gohan to deliver Raditz a crippling wound, nor was there Piccolo Jr to kill Raditz with the Makankosappo, or Goku to hold him in place.

In U9, the Z-Fighters had no idea aboutvthe Saiyans or their weaknesses, so Kami and Popo had to step in to help save everyone.

Unrelated but how much longer is Kami's lifespan? He's alreadiy 300+.
Does he have another 100 years in him or is he in his last decade?

Grand Elder Guru/Saichoro lived to be 500 years old before he passed away at the end of the Frieza Saga, so I would say Kami has at least another 100 years of life left within him.

Kami:"For my sake, NO!!! Every time you had the Senzu beans bag, either it was destroyed or taken by your opponent. Better if I come with you"
Yamcha:"

Yamcha: designated healer of the Z-Fighters! It’s really cool to see Kami have a more prominent role in all of this. I suppose it makes sense, as Vegeta is far stronger than in canon and the Earth needs all of the help it can get.

I’m also quite worried that Kami is going to fight Vegeta with Krillin and Popo instead of Yamcha. If Kami dies, then the Dragon Balls will go with him!

I don’t think any of them are aware of the Namekian race yet, so going to Namek almost seems out of the question here right now…

The only way I see them going to Namek will be if Vegeta revel that to them ones he see Kami.

And now we know why they have to go to Namek....