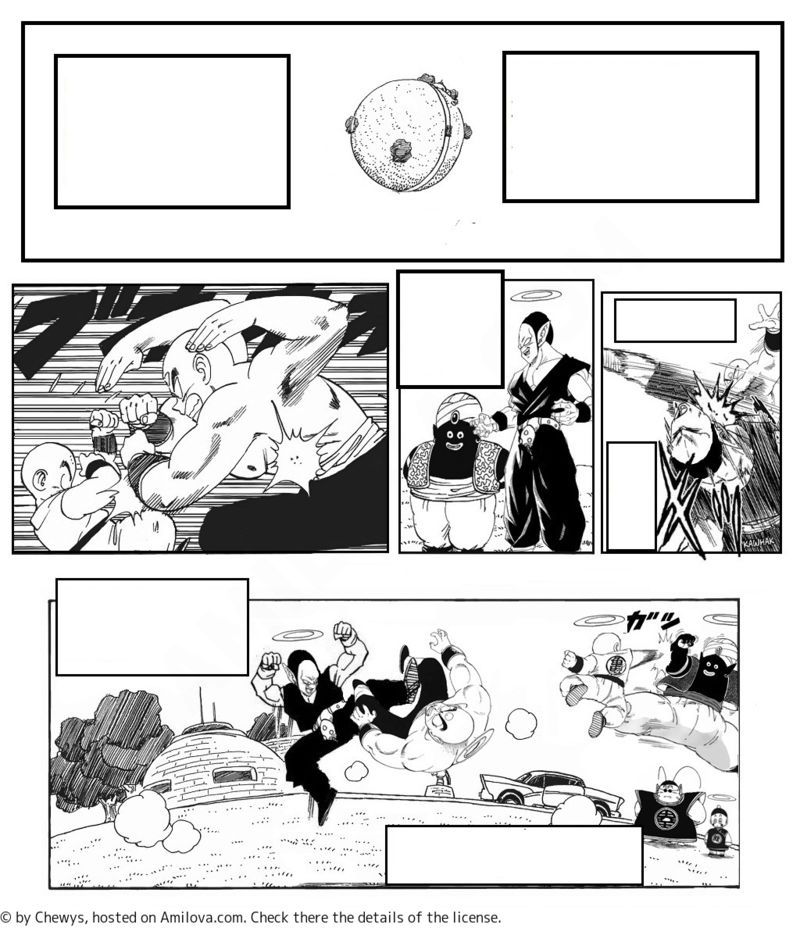 What about Son Gohan? Did he retire from being a fighter like in the canon series and decide to remain in a heaven full of gorgeous ladies?

Haha... Chiaotzu gets the short end of the stick once again.

It's cool to see Tien and Haarp go at it again one more time! I always saw them as arch-rivals, since Tien defeated him at the 22nd Budokai on a technicality, despite Tien being far inferior to Haarp at the time. It's interesting to see how they closed the gap within that time.
Although it isn't hard to see, as Haarp is the prestigious son of a Demon Clan Namekian. Their potential is likely higher than that of Humans. We already saw this with Piccolo Jr. in the main series.

Also, Chewys... Did you use Adult Gohan's body for Haarp's new Gi? It looks great!

I think Tenshinhan, Krillin and Grandpa Gohan (maybe also Mr. Popo) are the only ones with KI control and enough goodness or less evil in their heart to be able to manipulate Lady Genki. About Kaioken I think everyone will be able to use this technique, but with difficulty since the human body has less histamine, in this case Haarp has an advantage as an extraterrestrial. I think it can reach up to 4 times more than Kaioken, humans and Mr. Popo. Mr. Popo can use Kaioken up to 2 times. Surprisingly, who else can help in this fight if he knows how to use his special abilities is Chaos (he can cripple his opponent or drive his mind crazy with fake images). I don't know if they will learn more techniques such as teleportation or height. ) who knows?! But I want to see what Lord Northern Kaioh will say about the Sayajins are the Demons of the Cold and the damn Cooler EMPIRE, how they (the Z) will face it and prepare for the struggles of the future.