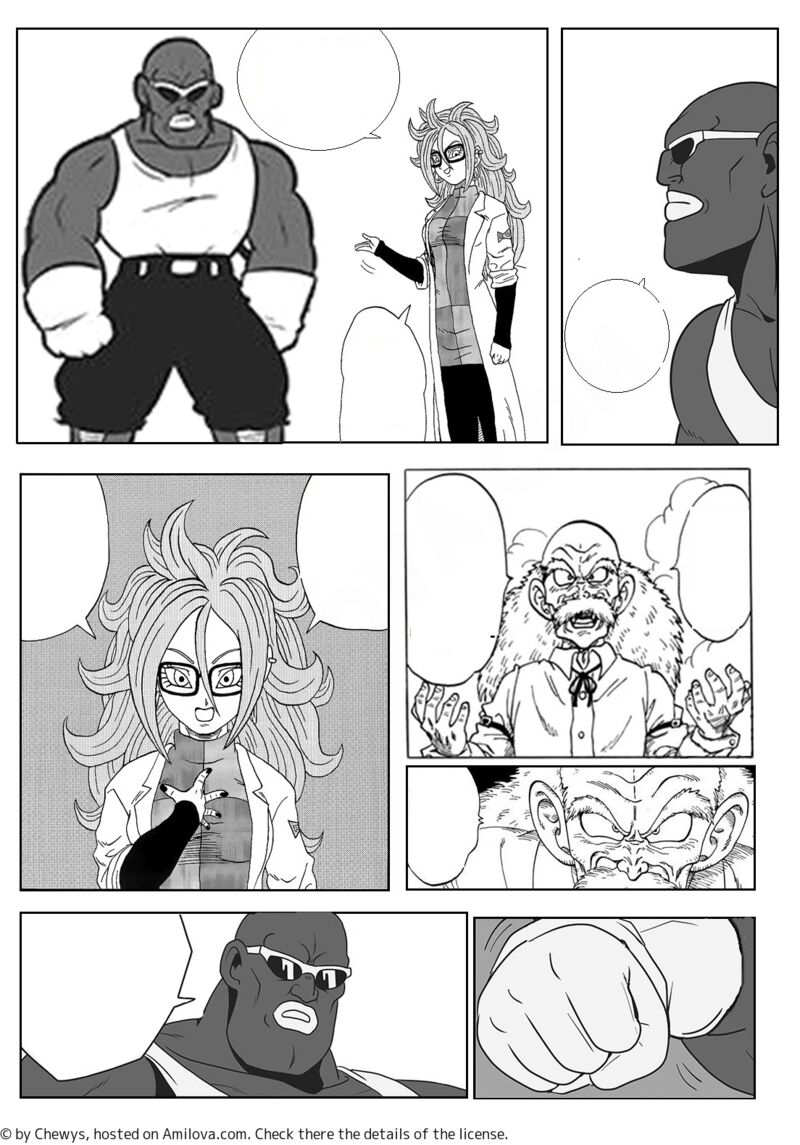 If A-15 was hundreds of thousands times stronger, then yes that would be impressive in the DBZ world, at the very least thousand times...
But just hundreds?
BOO!!!!

That's hundreds of times stronger than people on the level of Ginyu. That means A-15 is around the 10 million landmark, or on the level of 100% Frieza. That's absolutely gigantic, and is about the right evolution to have A-16 on the level we know, or maybe even a bit stronger.

On this page appears the A-15, whose design is from a great fancomic called "A Story of Krillin", its author is called percent05. Ibcould only see it in French but I thought it was fantastic.

I read it on Gokuten's profile:

I guess the question is: "Who is A-15 gonna kill? Dr Gero or the female scientist?"

Hmm, donuts... And you say they can have up to 21 layers of frosting?

I was always unclear about what Gero's goals were on the original, you know, besides "kill Son Goku". So he wanted to take over the planet? I can respect that. Shame though, since we had already seen an actual emperor of several planets.... Freeza really did set the bar too high, not that there weren't any contenders mind you, but it speaks volumes that the guy became a measuring stick.

Now why didn't they just send him to kill vegeta

Se has just activated it.