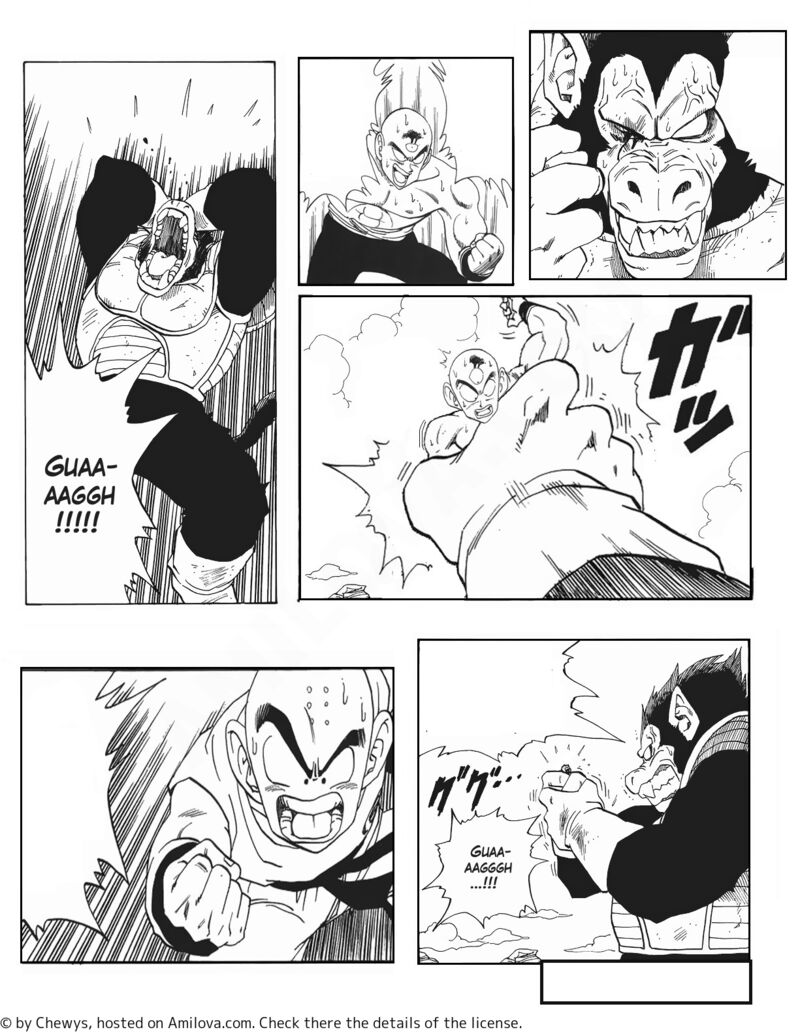 Damn it Tien, do you even lift

His eye is still functional too xD

Still cant translate the next one.

To be honest, If I lost an eye, I'd probably panic.
You know, it hurts like hell and if you lose the other one you're kind of boned.

It always amazes me how composed peope in fiction are when they lose an eye.

Yeah.... But it's because they normally loshe them in the heat of battle le un grave danger... Honestly if you are in the middle of a fight to the death or in the middle of an erupting volcano ir a zombie invasion, i don't think the adrenaline rush Will let you concern that much on the eye...

Except in Naruto, there you just grab the nearest Uchiha and steal his sharingan xD

Hahaha, yeah!! Somehow they can change eyes as easy as I change socks

Still think Obito's sharingan are superior to Madara's rinnegan/sharingan though.
I mean, look what he did with ONE eye. With both it's impossible to beat him.

Wait... Isn't Obito Kakashi's friend??? The one who died and lend him his eye???

Oh my KAMI BOOM!!!! WHat are you trying to tell me here!?

The manga ended 7 years ago.
Are you telling me you never watched it until the end?
OR are you pulling my chain xD

If you're serieus, go read the manga dude. Or watch ultimate ninjastorm 4 on youtube. The anime has way too much filler, but the game tells it consistentliy

Either way, yeah, he's dead dude. Why would you assume otherwise? His body including half his face was crushed by a rock. No one survives that.

Honestly Chewys, would I lie to you

Hahahahaha, yeah, I was pulling your chain.
Although i DIDN´T read the full manga (I got bored at some point, don´t remember when, but I do remember it was before Itachi´s dead.
Then i came back to the story because of my couple´s eldest son, he made me watch Pain´s arc, filled me in about Yusuke and Itachi, and then we watched Madara´s revival and all that stuff.
So i know Obito´s story, more or less. But, i´m not a big fan nor i know a lot about it

There was a moment in the story (multiple actually) where Obito could have taken back his other eye from Kakashi.

Considering that they were only able to counter Obito's kamui with Kakashi's kamui, and only beat juubito because he couldnt use kamui with ten tails inside him (because plot) his kamui was never really defeated. It has no weaknesses.

So Obito with both eyes steamrolls everyone. No counter to Kamui, kamui speed doubles, acces to susanoo, which can throw things at you then use kamui on those things when they hit you, basicly tearing your body in pieces after hitting them, ability to travel between dimensions,...

Add to that his Hashirama cells, meaning he doesnt suffer the negative side effects that uchiha's normally do. The only way to off Obito would be to do what Konan tried to do, and he escaped that when he had only one eye.

In short, screw Madara's rinnegan, Obito won the superpower lottery. The only reason he didnt steamroll Madara after getting both eyes back was becase he was already near death. Healthy Obito would have recked him.

Hell in the manga he was even able to ignore the fact that he was dead to go back and help Kakashi. He just teleported out of the afterlife back to the living world. Insanity.

I'll admit it got a lot less good after the pain arc,(war arc dragged on way too long and way too much filler) but ninja storm 4 has neither of these issues. Which is why I watch the game's cutscenes on youtube if I want to rewatch Naruto. Then it's actually pretty good.

There, that's out of my system xD

The triclops made a cyclops