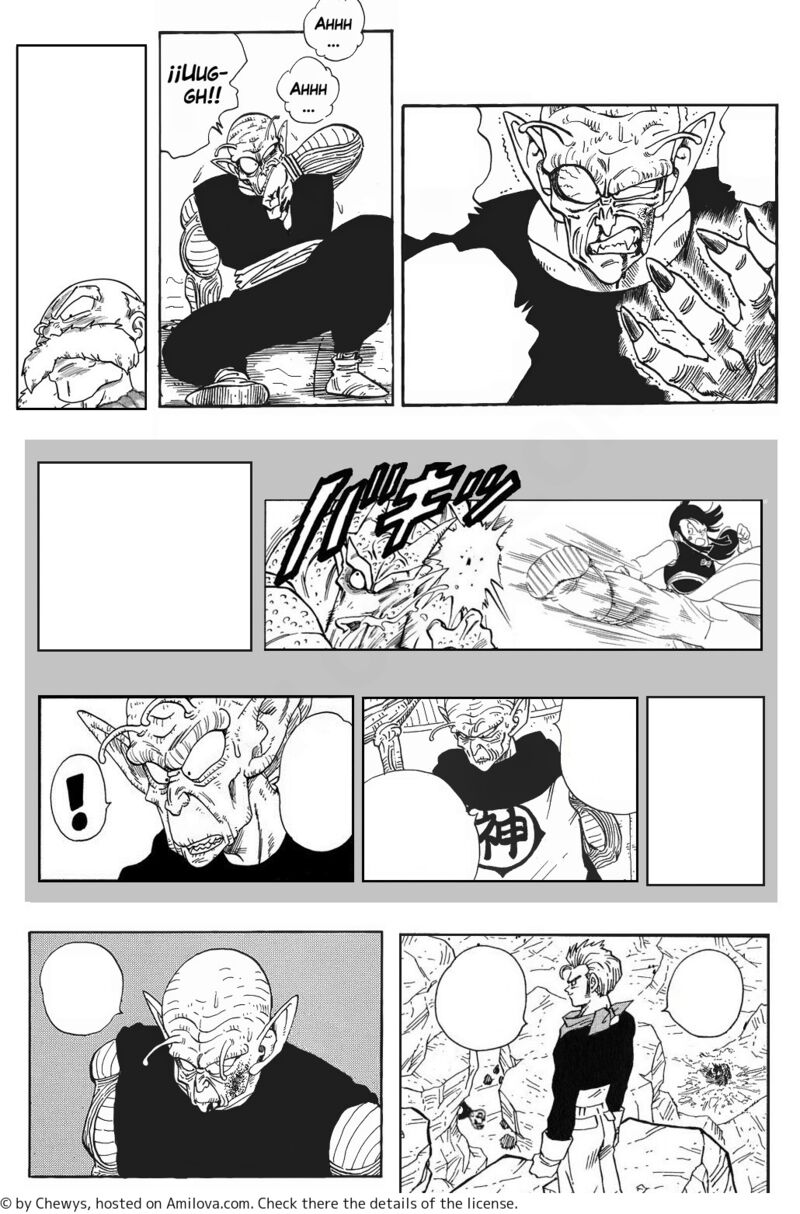 Kami’s power is around that of Yamcha’s and Roshi’s, about 4000. That means the androids here are over 200,000! That’s stronger than Captain Ginyu, and half the strength of Frieza’s first form.

The only one who would have enough power to even contend with them would be Oozaru Vegeta, but only if he was at full health. Even then, Oozaru Vegets would be facing three androids of the same level as himself. I don’t see any way for the Z-Fighters to win here.

Unless… Kami were to somehow release King Piccolo and fuse with each other? That would give them the necessary boost, but the jar he is trapped in is on top of the Lookout, and Kami is nowhere near fast enough to escape the androids. Plus Popo is dead and his magic carpet might be gone as well. I am stumped.

Could be handy when Cooler invades...
Gero clearly plans ahead, considering his data collection stopped when Goku left earth for Namek, and he still built androids that could trash super saiyans and fight the nameless namekian to a standstill, and that's only one on one, and they don't get tired.

And he even has a backup plan in case THAT failed.

It's no suprise he wins in multiple universes.

Kulilin saw haarp healed he knows there is senzu.Who knows he might heal vegeta.
He was stupid enouth in desperation to grant vegeta immortality which would be 100% game over on namek.Vegeta would go to 28000 and 280000 with the moon.Gero will also likely be only focused on making ''piccolo'' suffer for now.

The Dragon Balls have already been turned to stone since they were used to revive everyone (almost everyone) killed by Raditz. Another wish can’t be granted for another year, so Vegeta won’t be getting immortality.