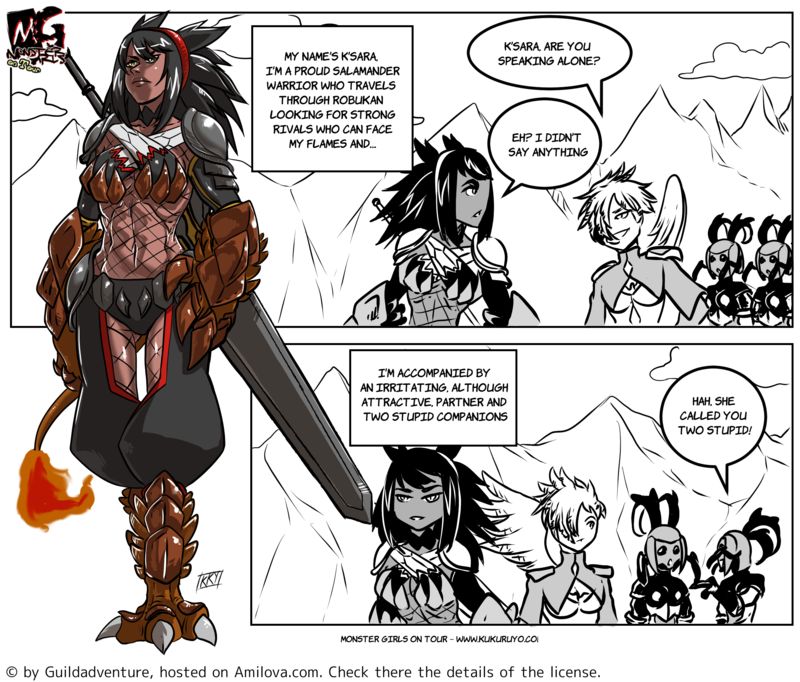 The first strip of my new webcomic Monster girls on tour, an absurd humor webcomic about Monster girls and geek culture. Videogames, manganime, comics and a lot of crazy stuff mixed up with fantastic humanoid girls, updated each Saturday.

MGoT was a spin off serie of my adventure comic Guild adventure, although it’s independent and there’s no need to read any of my other comics to read it. GA is an adventure webcomic inspired by Monster hunter with a lot of monster girls, it’s set in my Robukan setting, and has been running for more than 3 years. The spin off “MGoT: the begining” is a short absurd humor comic telling the story on how the Pariah team got together, it was created to sell in a spanish magazine but i also sell it in english as pdf in my website. Now it runs as an independent serie so stay tuned for more.