Publish your comic
Share your comic
with 129183 members!
Learn more... 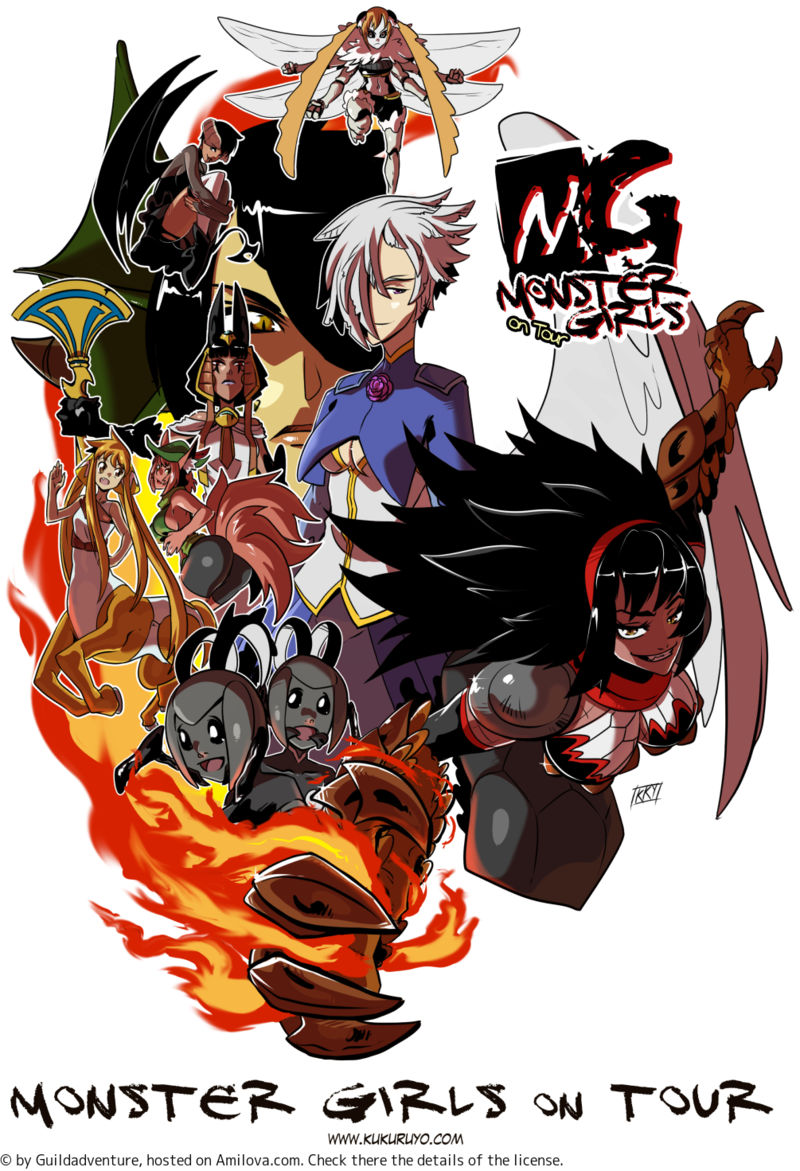 Monster girls on tour has arrived as a regular series. A webcomic with absurd humor about monster girls and geek culture (videogames, manganime, superhero comics, etc) , K’sara the salamander will meet a lot of monster girls in a serie of strips that make little or no sense.

MGoT was born as a stand alone spin off of my webcomic Guild adventure, although it’s independent and there’s no need to read any of my other comics to read it. GA is an adventure webcomic inspired by Monster hunter with a lot of monster girls, it’s set in my Robukan setting, and has been running for more than 3 years. The spin off “MGoT: the begining” is a short absurd humor comic telling the story on how the Pariah team got together, it was created to sell in a spanish magazine but i also sell it in english as pdf in my website. Now you can read the nonsensical adventures of K’sara and her group each weak on Saturdays.

If you like the strips, you can read the next week strip before your friends by supporting me on patreon https://www.patreon.com/kukuruyo

You can also consider to buy the Special chapter MGoT: the begining http://kukuruyo.com/store-commissions/

You can also vote on your favourite monster girls or suggest a new one to appear in the strips http://kukuruyo.com/2015/04/26...our-3-favourite-monster-girls/

Read all my webcomics at http://kukuruyo.com/comics/