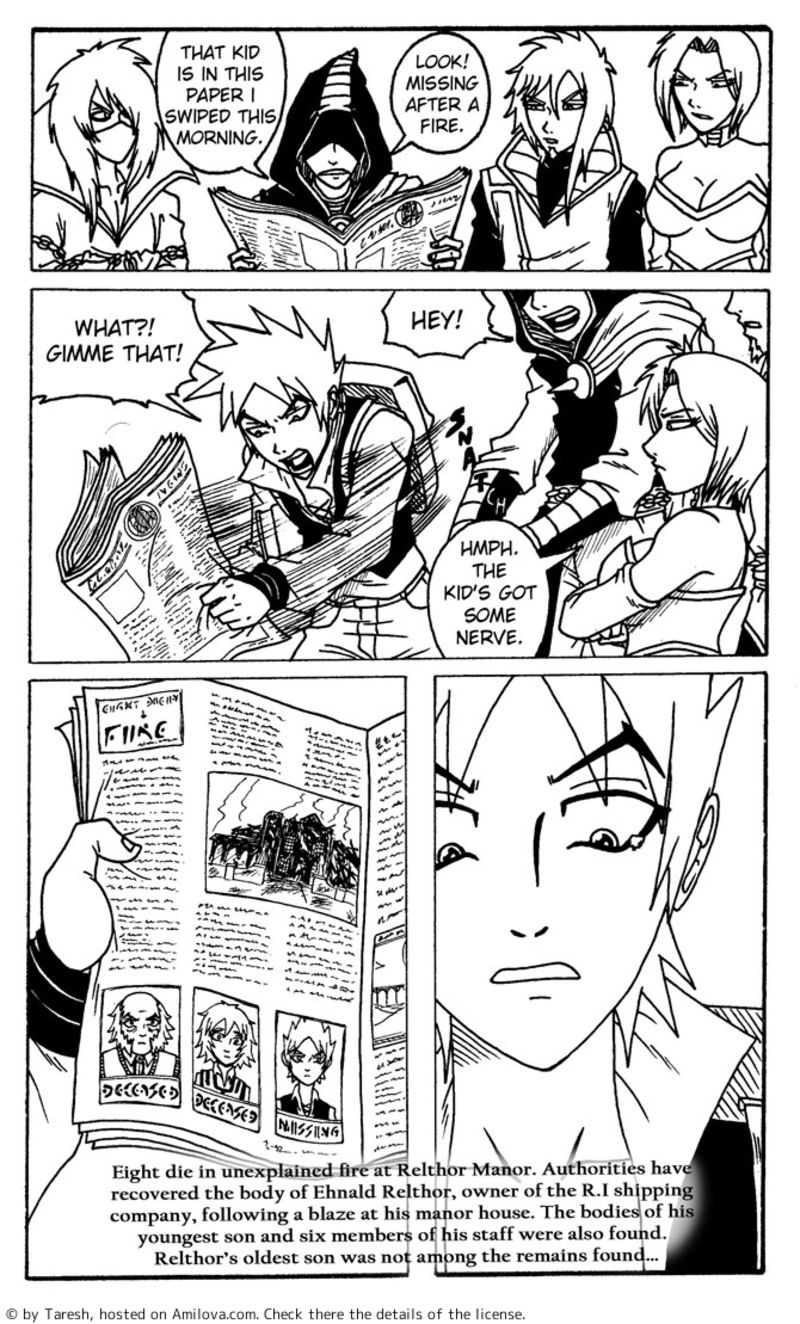 I don't think his father didn't care about his sons or his wife. His life was hard, his father blew all of the companies money to a mage who did nothing, then he had to build it from the ground up. But being such a business man that he had to be and the fact that he had resentment for his father for not being able to take care of the family, he lost most of his humanity. However, he still cared for his family, shown by the part where he stopped punishing one, because the youngest and sickest defending him. In the end, he drove his own child crazy and that is what destroyed him.

Aliru, and Athati started the fire. Remember last page? Lets teach that old bastard a lesson well they did that and now that asshole doesn't have a company to run anymore