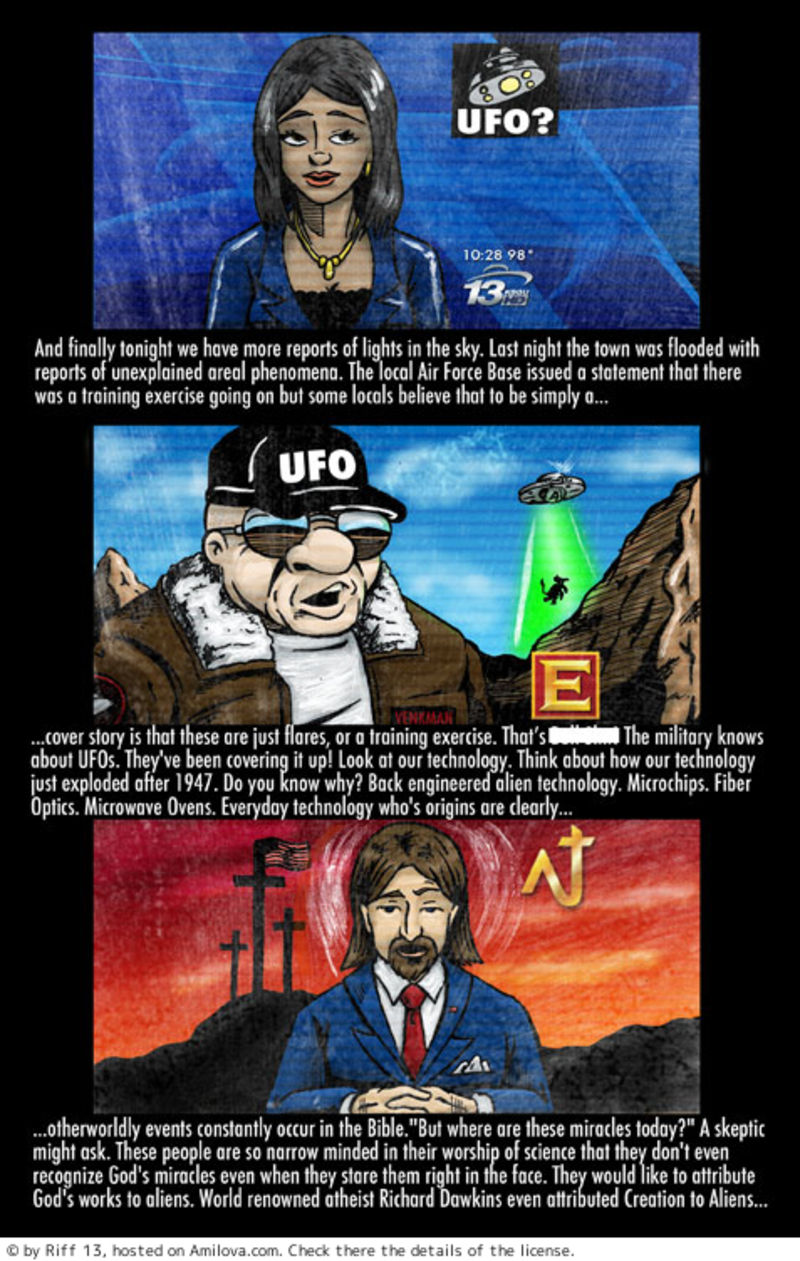 This page, kind of blatantly shows off one of my influences. I'm a child of the 80's & 90's. I really started getting into comics in the late 80's so I loved Todd McFarlane and Jim Lee, and the formation of Image Comics was a BIG DEAL.

Being my two favorite artists Spawn and WildC.A.T.S were my favorite of the image titles, only, McFarlane was the only Image comics creator to keep putting out issues consistently. OK, Erick Larson did with The Savage Dragon too, but I've never really been a fan of Larson's artwork.

To be fair, McFarlane probably got this technique from Frank Miller, but by the time I really got serious about comics Miller was already working on Sin City and had stopped using this technique for the most part.

Still, I kind of like McFarlane's refining of the technique a bit better as a way to deliver vital background information. Miller tended to get a bit long winded with his talking heads in Dark Knight Returns. Which, is kind of funny that I say that when you consider how many words I have my talking heads spitting out.

Great start. I will definitely read the rest!