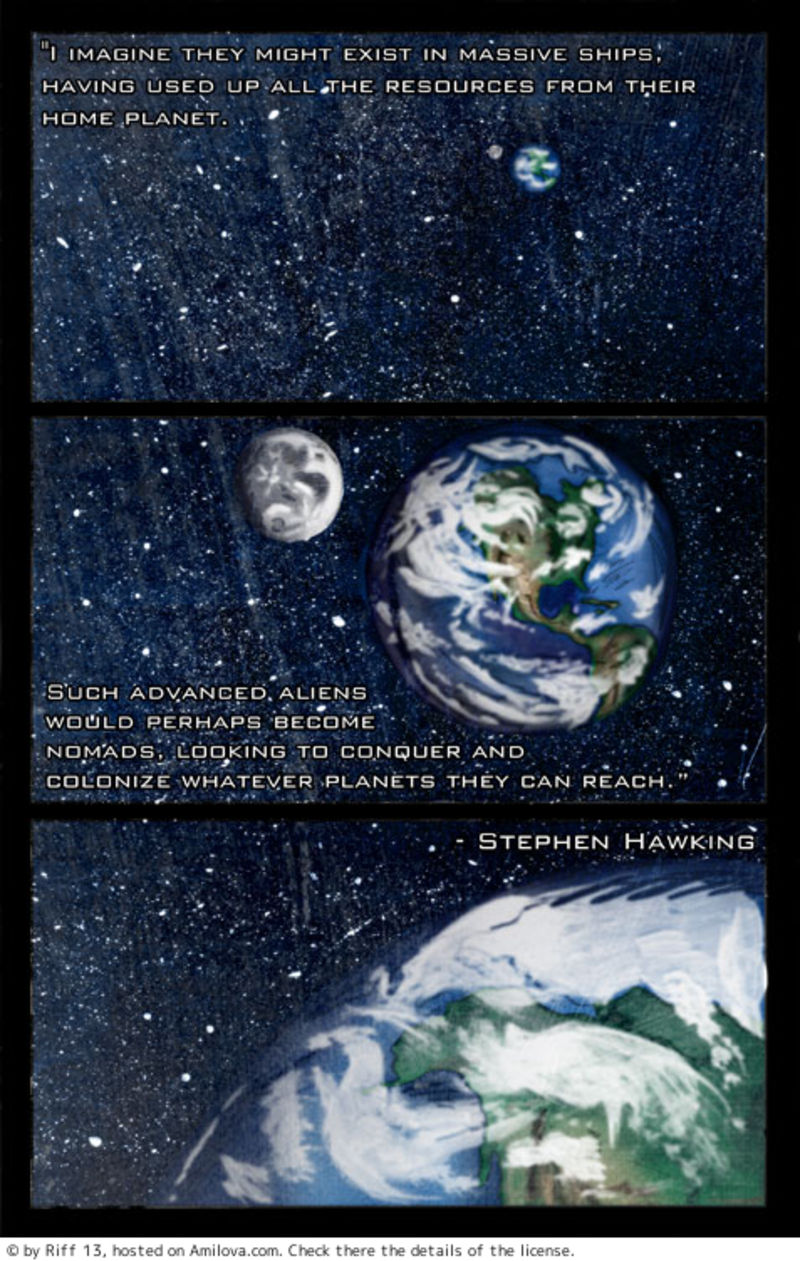 I wanted to open the new story with a quote from a scientist regarding aliens. The first scientist I looked into Michio Kaku, being that Kaku is an unabashed Sci-Fi fan and seems like he might actually be willing to believe in the UFO phenomena.

The only model of intelligent life we have to look at is humanity. And looking back at our own history when explorers encountered a less technologically advanced people, things did not turn out well for the natives.

And I don't care what Star Wars says. There's no way the Ewoks, who are at a stone age level of technology, Are going to be able to contribute in ANY significant way to the battle at the shield generator on Endor. Not when the empire has VASTLY superior tech.