Signup for free
Read over comics
Get custom suggestions!
Participate to the community! 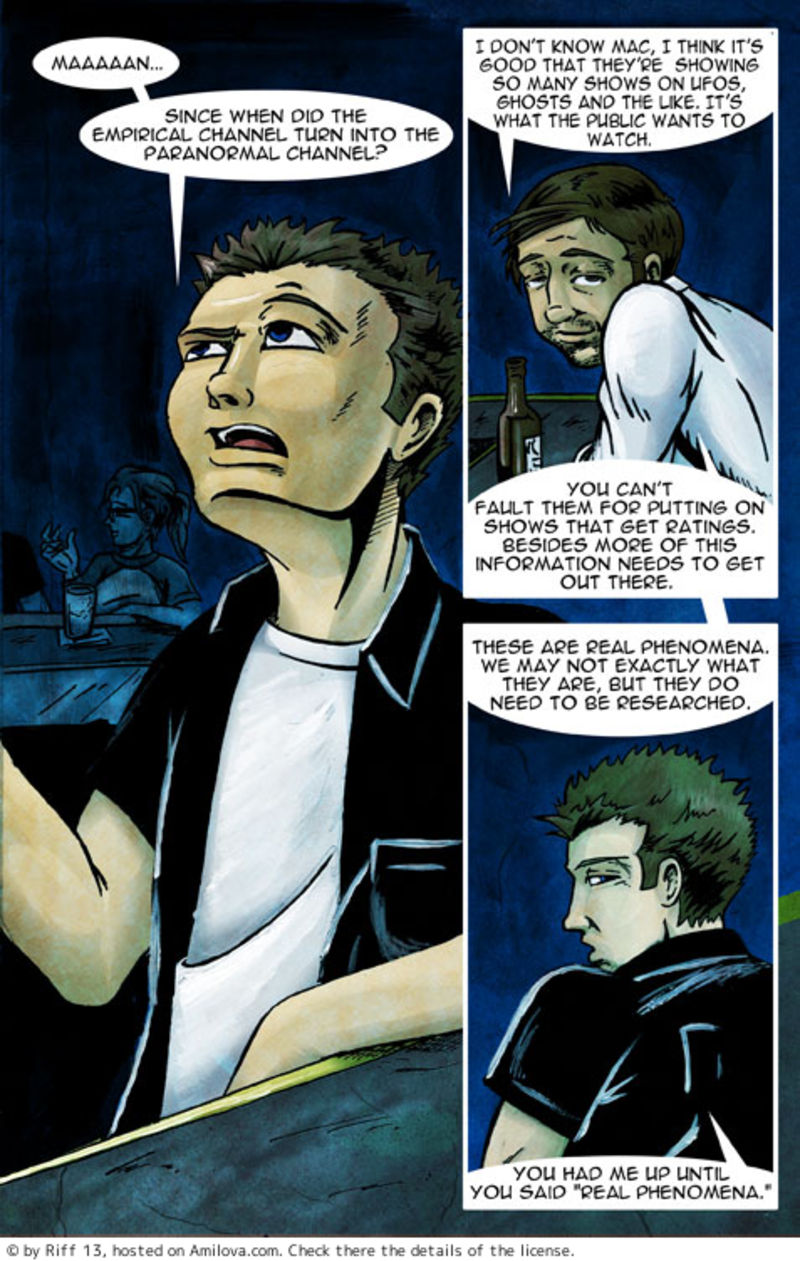 So we now have our protagonist introduced. I still like the way this page came out, with all the brush strokes and textures and everything.

So here we go...getting into the argument between fringe science and the truly paranormal. There's an old saying "Don't be so open minded that your brains fall out." It's interesting that being open minded is a virtue. And being closed minded is not.

I agree with that in most instances. Anything regarding opinions, you have to be open minded and consider other people viewpoints. But with science there does have to be a line drawn in the sand. You have to be open minded and consider all new data, but after you analyze that data, you have your answer. Either the data supports your hypothesis, or it doesn't. Once enough data has been collected you'll need some extraordinary evidence to back up a claim that say something different.

The other side of this is you have to consider your sources. I'm not a scientist. Most people aren't experts at everything. We don't have the time or energy to devote ourselves at becoming experts at everything. It's not humanly possible. Therefore we have to acknowledge when we don't know something and defer to the experts.

A lot of paranormal researchers make that claim about skeptics. "You're not out in the field collecting the data, so you can't possibly know." No, not all of us are out there collecting data, but we can look at the data you've collected and see what it tells us. And if you're data is a creepy feeling, that's not something we can measure. That's subjective...that's not, in other words, usable data.

It's tricky. You can't do all the research yourself, and you have to be careful what sources you believe. Sadly this isn't limited to paranormal research. Climate change and evolution are examples of sciences that have a large debate going on in the public, when in actuality, the vast majority of researchers have looked at the data and come down on one side.

It's unfortunate that there's a mantra in America to teach both sides equally. When in regards to science there aren't two equal sides. There's the wright side and the wrong side.