Signup for free
Read over 1382 comics
Get custom suggestions!
Participate to the community! 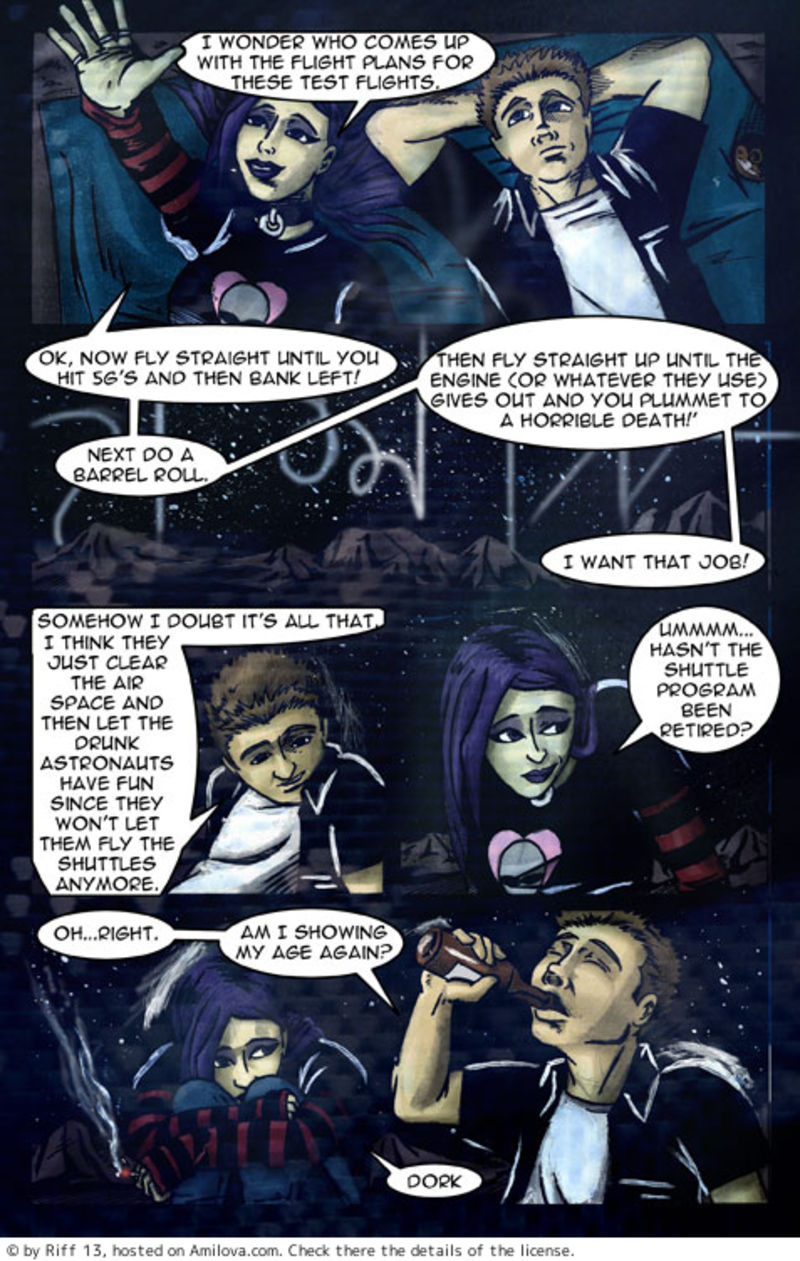 I grew up in the 80's. I've known the NASA shuttle program my entire life. I even lived in Houston for quite a while. So to say that I still forget that the shuttle program is done would be a fairly accurate statement.

I've always loved sci-fi. Like so many other people my age, I grew up on Star Wars. I loved the idea of space travel. Outer space still gets me excited in ways that most people I'm friends with don't share. When water was discovered on Mars, I thought "This is a BIG DEAL!" Or when methane gas was found on Mars, I was thrilled. My friends and families responses..."Oh, that's nice." So yeah, I've always been excited about space.

I even remember an inflatable toy shuttle that I had when i was probably about 6. I don't remember where I got that from, but I had it and I loved it. A couple of years later I was sitting in school watching the Challenger launch...

Still, I would still get excited every time there was a shuttle launch. There's just something about space that fuels my imagination, and excites my inner child.

So yeah, I miss the shuttle program, and I forget that it's no longer around.

P.S. I also think it's a crime that the Johnson Space Center in Houston didn't get one of the decommissioned shuttles.