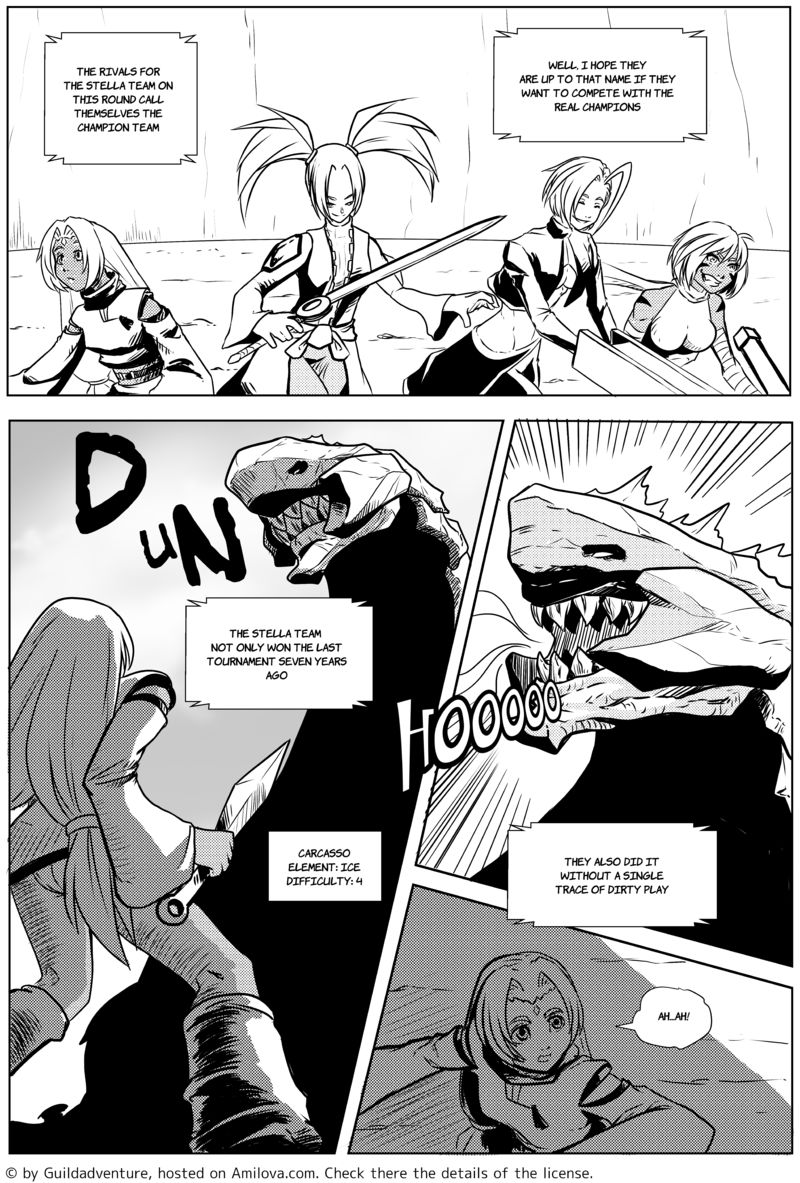 The rivals for the Stella team on this round call themselves the champion team.
Well, I hope they are up to that name if they want to compete with the real champions.
The stella team not only won the last tournament seven years ago.
Carcasso Element: ice Difficulty: 4
They also did it without a single trace of dirty play.
Ah... Ah!
2468 views
1 comments

Champion team it's a cameo of some characters i made for an old comic, Champions of the elves