Signup for free
Read over 1389 comics
Get custom suggestions!
Participate to the community! 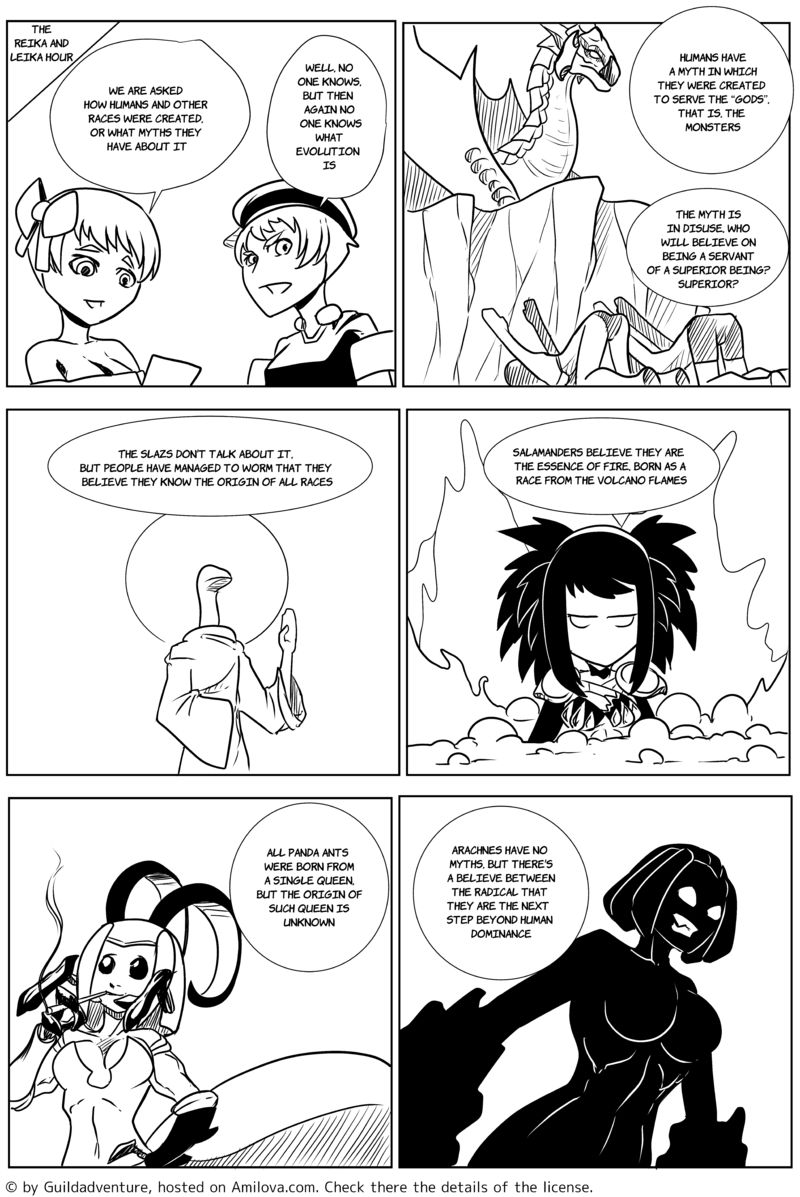 The Reika and Leika hour
We are asked how humans and other races were created or what myths they have about it.
Well, no one knows, but then again no one knows what evolution is.
Humans have a myth in which they were created to serve the "gods", that is, the monsters.
The myth is in disuse, who will believe on being a servant of a superior being? Superior?
The Slazs don't talk about it, but people have managed to worn that they believe they know the origin of all races.
Salamanders believe they are the essence of fire, born as a race from the volcano flames.
All panda ants were born from a single queen, but the origin of such queen is unknown.
Arachnes have no myths, but there's a believe between the radical that they are the next step beyond human dominance.
2135 views
2 comments

If you want to know more about Robukan species and culture, here's a big text about it http://kukuruyoart.deviantart....er-rules-plus-a-poll-490201622