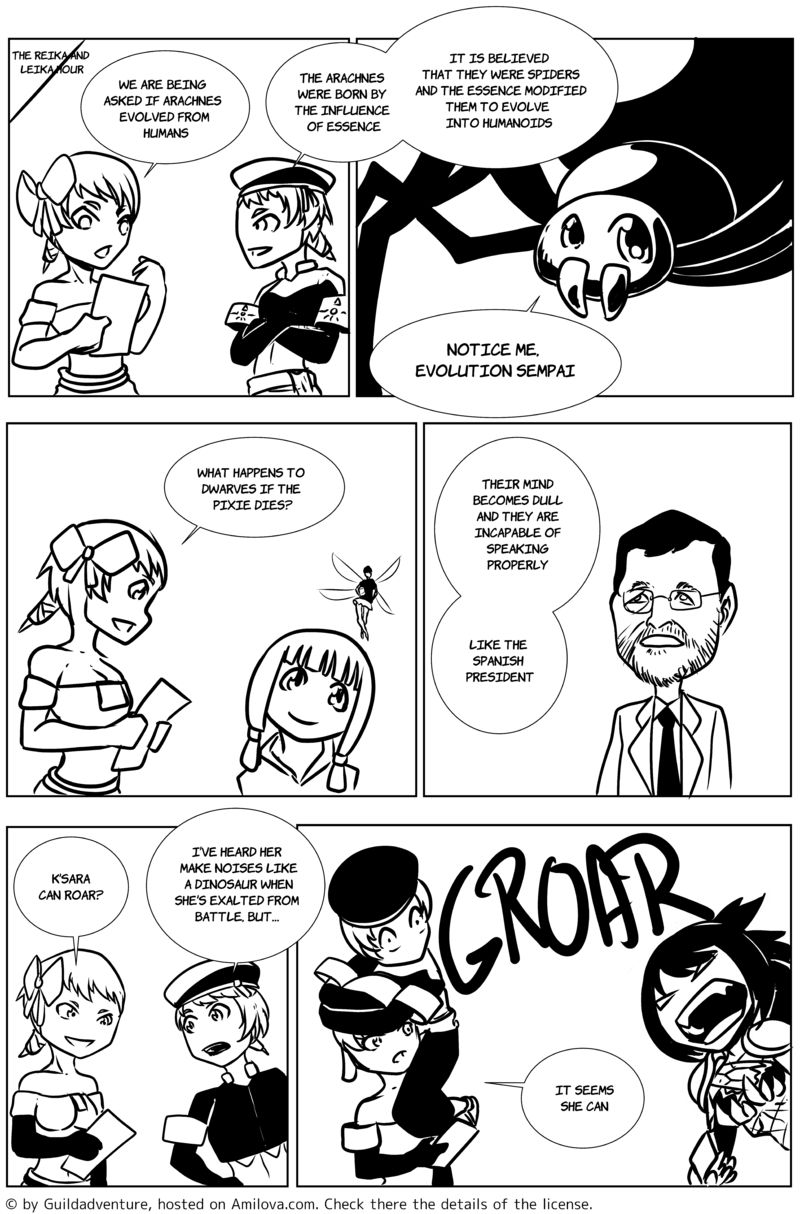 The Reika and Leika hour
We are being asked if arachnes evolved from humans.
The arachnes were born by the influence of essence.
It is believed that they were spiders and the essence modified them to evolve into humanoids.
Notice me evolution sempai
What happens to dwarfs if the pixie dies?
Their mind becomes dull and they are incapable of speaking properly.
Like the Spanish president.
K'sara can roar?
I've heard her make noises like a dinosaur when she's exalted from battle, but...
Is seems she can.
2076 views
2 comments

Q&A session for the twins, you can ask them new questions for next chapter.

Indeed she can. xD
As for my question this is the one.
As we saw on a previous page. Some salamanders can awake a second Symbiosis. Also we have seen Urdin using Call of Thunder as a symbiosis also. BUT. We are seeing her thinking if she must use her "Symbiosis", that makes her a salamander?. Or is this something that will be revealed in a later chapter?
Also i just finished re-watching the comic. Keep up the good work.