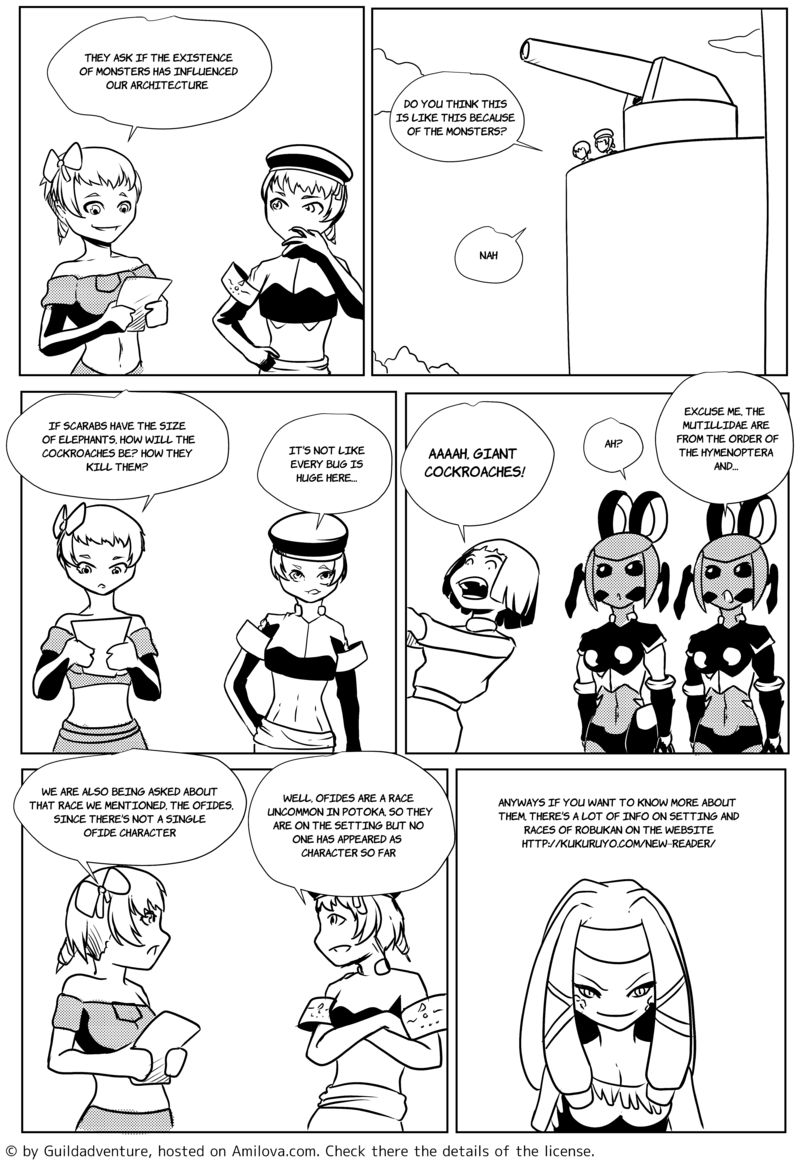 They ask if the existence of monsters has influenced our architecture.
Do you think this is like this because of the monsters?
Nah
If scarabs have the size of elephants, how will the cockroaches be? How they kill them?
It's not like every bug is huge here...
AAAH GIANT COCKROACHES!
Ah?
Excuse me, the mutillidae are from the order of the hymenoptera and...
>e are also being asked about that race we mentioned, the ofides since there's not a single ofide character.
Well, ofides are a race uncommon in Potoka so they are on the setting but no one has appeared as character so far.
Anyways if you want to know more about them, there's a lot of info on setting and races of Robukan on the website http://kukuruyo.com/new-reader/
1966 views
comments