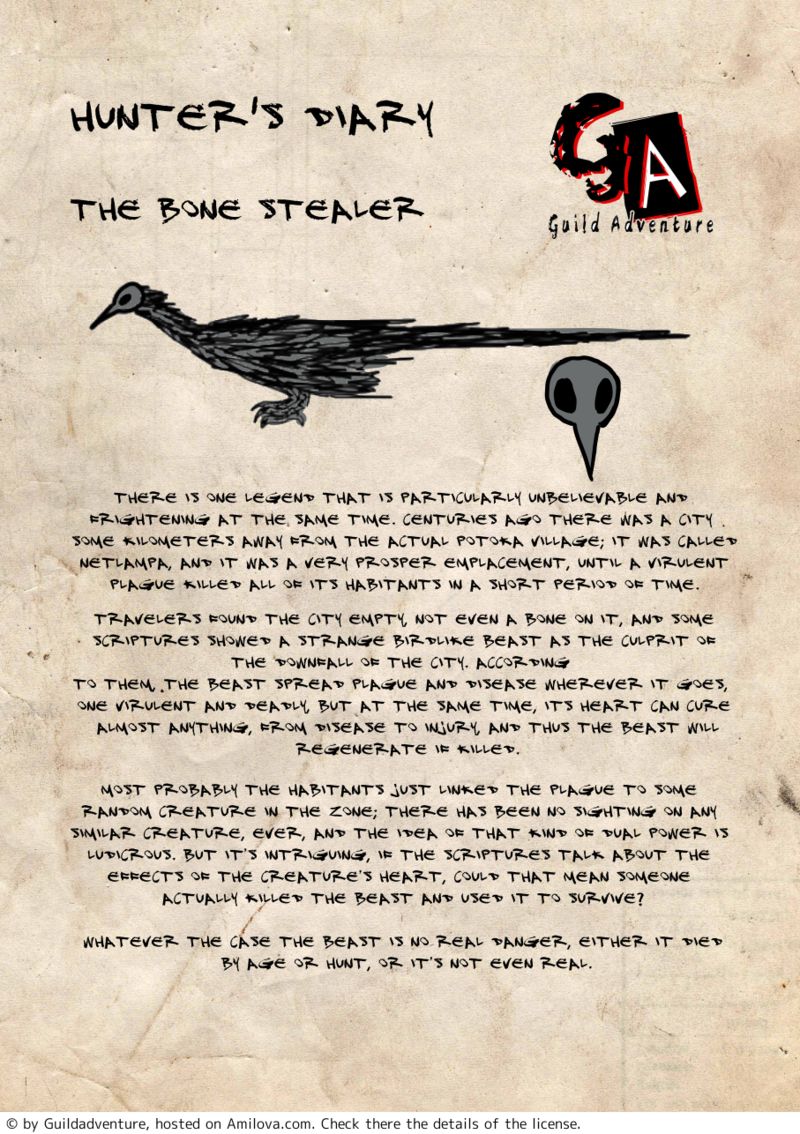 Hunter's diary
The bone stealer
There is one legend that is particularly unbelievable and frightening at the same time. Centuries ago there was a city, some kilometers away from the actual Potoka village; it was called Netlampa, and it was a very prosper emplacement, until a virulent plague killed all of its habitants in a short period of time.
Travelers found the city empty, not even a bone on it, and some scriptures showed a strange birdlike beast as the culprit of the downfall of the city according to them. The beast spread plague and disease wherever it goes, one virulent and deadly, but at the same time, its heart can cure almost anything, from disease to injury, and thus the beast will regenerate if killed.
Most probably the habitants just linked the plague to some random creature in the zone; there has been no sighting on any similar creature, ever and the idea of that kind of dual power is ludicrous, but it's intriguing, if the scriptures talk about the effects of the creature's heart, could that mean someone actually killed the beast and used it to survive?
Whatever the case the beast is no real danger, either it died by age or hunt, or it's not even real.
1929 views
comments