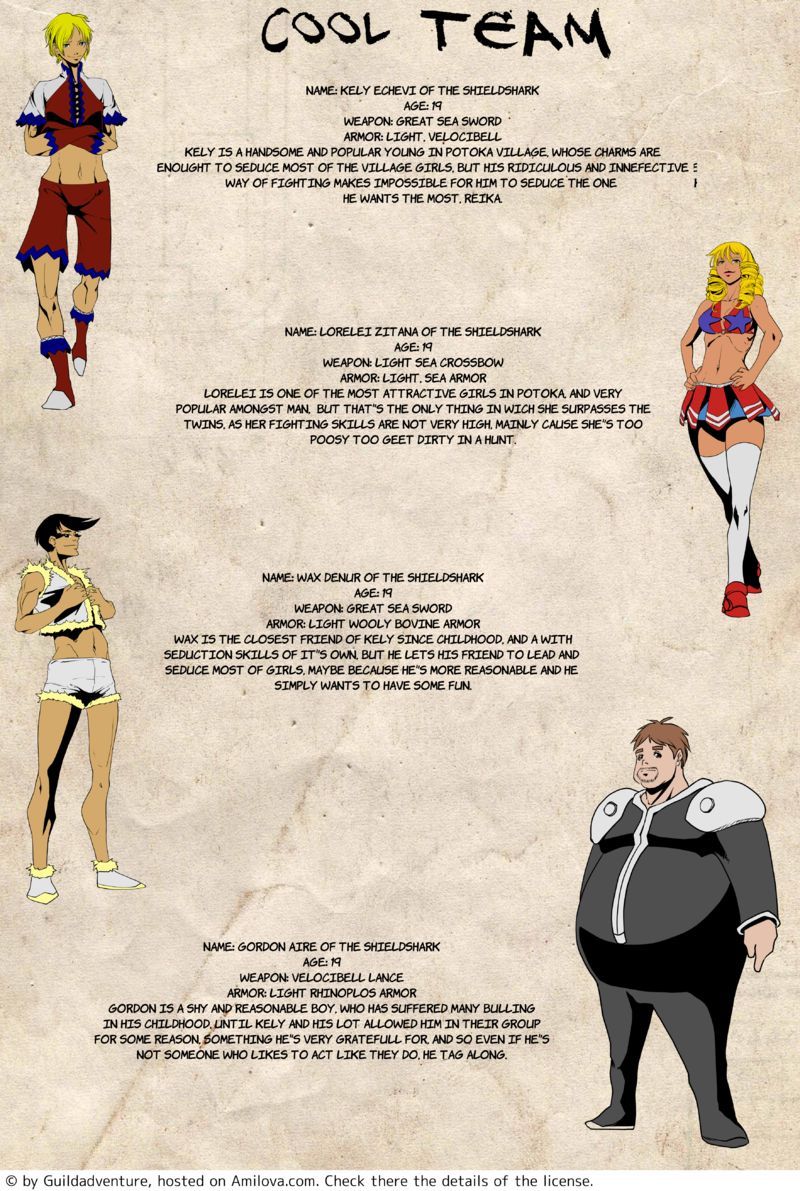 Cool team
Name: Kely Echevi of the Shieldshark
Age: 19
Weapon: great sea sword
Armor: light Velocibell
Kely is a handsome and popular young in Potoka village, whose charms are enought to seduce most of the village girls, but his ridiculous and ineffective way of fighting makes impossible for him to seduce the one he wants the most, Reika.
Name: Lorelei Zitana of the Shieldshark
Age: 19
Weapon: light sea crossbow
Armor: light, sea armor
Lorelei is one of the most attractive girls in Potoka and very popular amongst men, but that's the only thing in which she surpasses the twins, as her fighting skills are not very high, mainly cause she's too posy to get dirty in a hunt.
Name: Wax Denur of the Shieldshark
Age: 19
Weapon: great sea sword
Armor: light wooly bovine armor
Wax is the closet friend of Kely since childhood and a with seduction skills of it's won, but he lets his friend to lead and seduce most of girls, maybe because he's more reasonable and he simply wants to have some fun.
Name: Gordon Aire of the Shieldshark
Age: 19
Weapon: Velocibell lance
Armor: light Rhinoplos armor
Gordon is a shy and reasonable boy, who has suffered many bulling in his childhood until Kely and his lot allowed him in their group for some reason something he's very grateful for, and so even if he's not someone who likes to act like they do, he tag along.
2312 views
1 comments