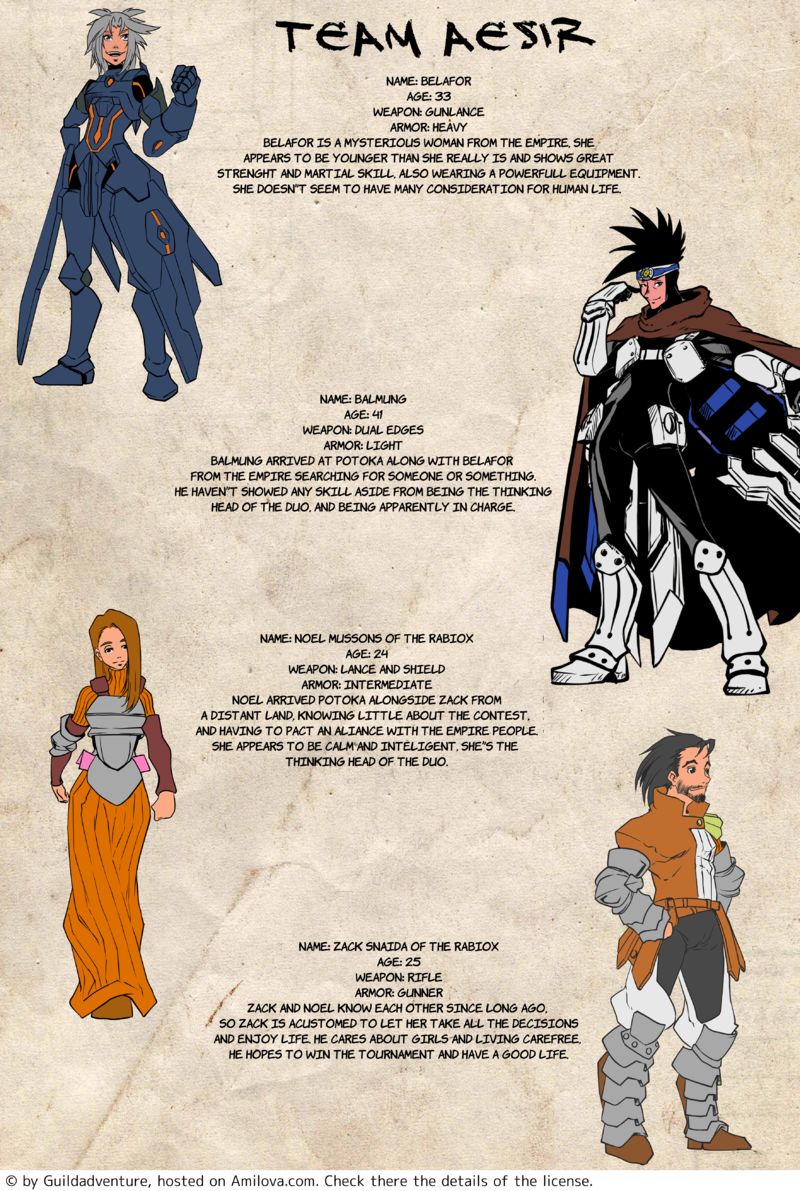 Team Aesir
Name: Belafor
Age: 33
Weapon: Gunlance
Armor: Heavy
Belafor is a mysterious woman from the Empire, she appears to be younger than she really is and shows great strength and martial skill, also wearing a powerful equipment. She doesn't seem to have many consideration for human life.
Name: Balmung
Age: 41
Weapon: Dual edges
Armor: light
Balmung arrived at Potoka along with Belafor from the Empire searching for someone or something. He haven't showed any skill aside from being the thinking head of the duo, and being apparently in charge.
Name: Noel Mussons of the Rabiox
Age: 24
Weapon: lance and shield
Armor: intermediate
Noel arrived Potoka alongside Zack from a distant land, knowing little about the contest, and having to pact an alliance with the Empire people. She appears to be calm and intelligent, she's the thinking head of the duo.
Name: Zack Snaida of the Rabiox
Age: 25
Weapon: rifle
Armor: gunner
Zack and Noel know each other since long ago, so Zack is accustomed to let her take all decisions and enjoy like. He cares about girls and living carefree, he hopes to win the tournament and have a good life.
2374 views
1 comments

The team of our favourite evil one will be called Aesir in the tournament. She chosed it, no one wanted to argue.

support the author in http://www.patreon.com/kukuruyo