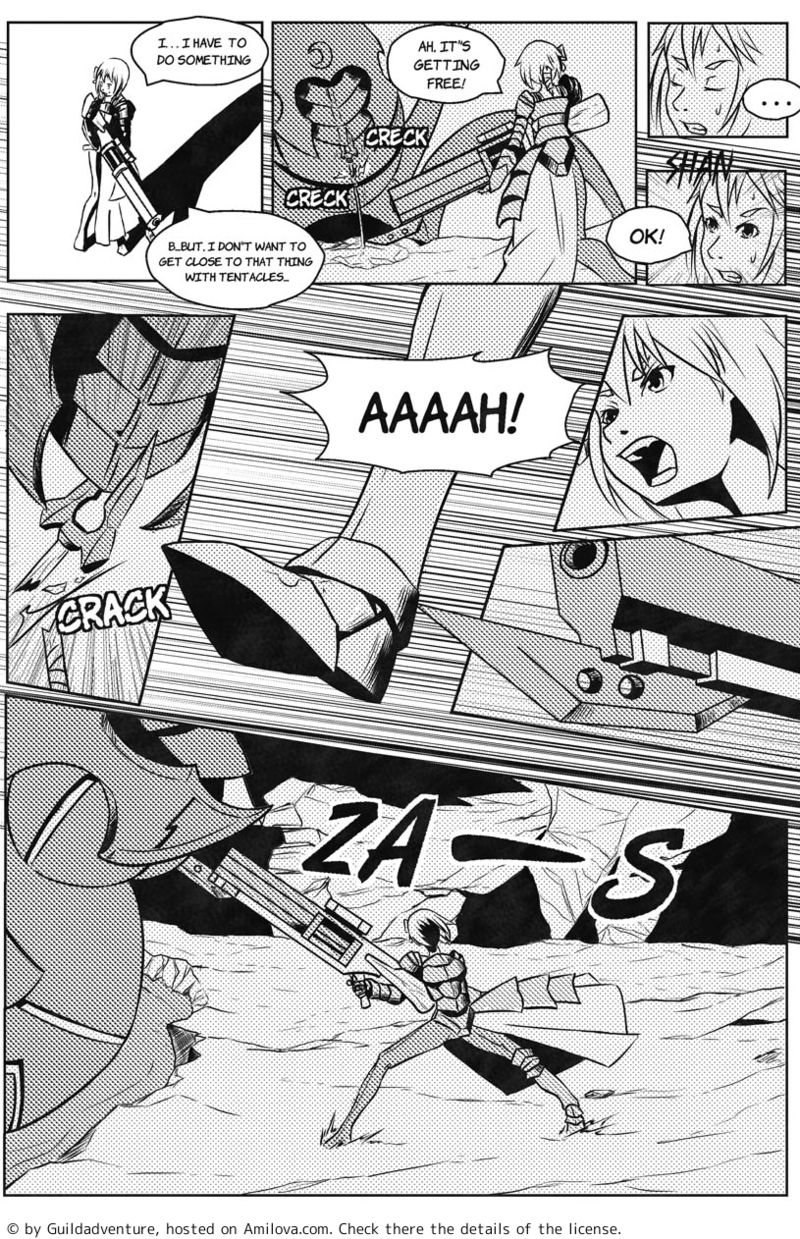 As this page goes in free mode now, i will add the info about the contest i put in my blog, for those who don't read it

It’s been a year since we published the first chapter of Guild Adventure in the Getxo Comic Convention and we started to upload it online. Since then we have published more than 130 pages, we had a stand in the Barcelona Manga Convention, selling all our comics in store, and we became Premium authors in Amilova. To celebrate that, I will make a mini-contest and give one of our readers a drawing commission.

What the mini-contest will be?; Everyone who’s familiar with Monster Hunter games knows that hunter groups are made of four people. Even if Guild Adventure is not strictly speaking a Monster Hunter comic, it’s based on it, and it have a four people hunter group. Meaning there’s one hunter left to join the group.

When I have all the entries I’ll make a draw to decide the winner. It will not matter if you guessed right or not the identity of the fourth character to enter the draw, but I will not accept entries that consist in only a random name, they need to come with some explanation or short story about how you think it will happen. Obviously, to know the characters names and the background to think an explanation you’ll have to read the comic, but as I said it’s a gift to our readers, not to the first who say a random name

Even more, I will make a second draw between all those who guess the right fourth member, and the winner will have a cameo of him, or any character he decides, in the comic, but for obvious reasons I will not reveal the winner of this second draw until the fourth member joins the group in the story.

To participate you can send me a private message here, or an email to guildadventure@gmail.com, you have until the 24 of December to send your entry, and the winner will be out the 25.