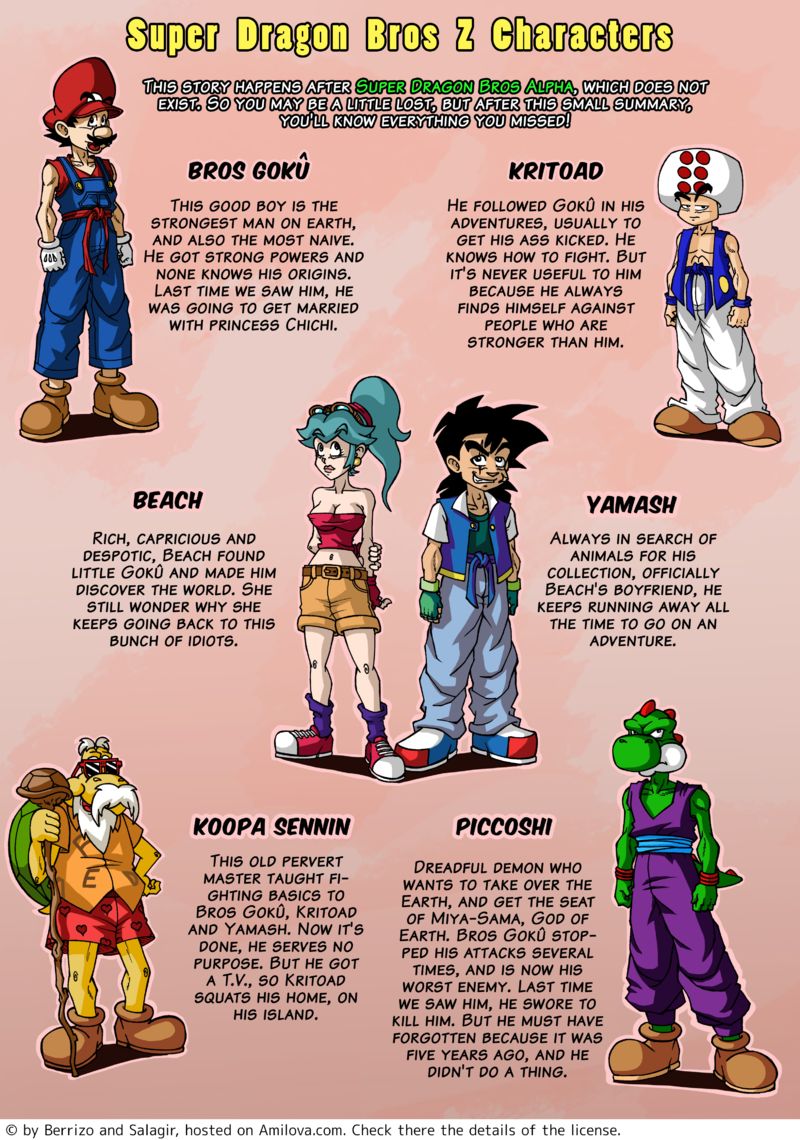 Super Dragon Bros Z Characters
This story happens after Super Dragon Bros Alpha, which does not exist. So you may be a little lost, but after this small summary, you'll know everything you missed!
Bros Gokû
This good boy is the strongest man on earth, and also the most naive. He got strong powers and none knows his origins. Last time we saw him, he was going to get married with princess Chichi.
Kritoad
He followed Gokû in his adventures, usually to get his ass kicked. He knows how to fight. But it's never useful to him because he always finds himself against people who are stronger than him.
Beach
Rich, capricious and despotic, Beach found little Gokû and made him discover the world. She still wonder why she keeps going back to this bunch of idiots.
Yamash
Always in search of animals for his collection, officially Beach's boyfriend, he keeps running away all the time to go on an adventure.
Koopa Sennin
This old pervert master taught
fighting basics to Bros Gokû, Kritoad and Yamash. Now it's done, he serves no purpose. But he got a T.V., so Kritoad squats his home, on his island.
Piccoshi
Dreadful demon who wants to take over the Earth, and get the seat of Miya-Sama, God of Earth. Bros Gokû stopped his attacks several times, and is now his worst enemy. Last time we saw him, he swore to kill him. But he must have forgotten because it was five years ago, and he didn't do a thing.
65478 views
2 comments

Very weird, I don't know how I feel about the whole thing. The names are kinda weird, but I guess it would be hard to come up with a combination of the two.