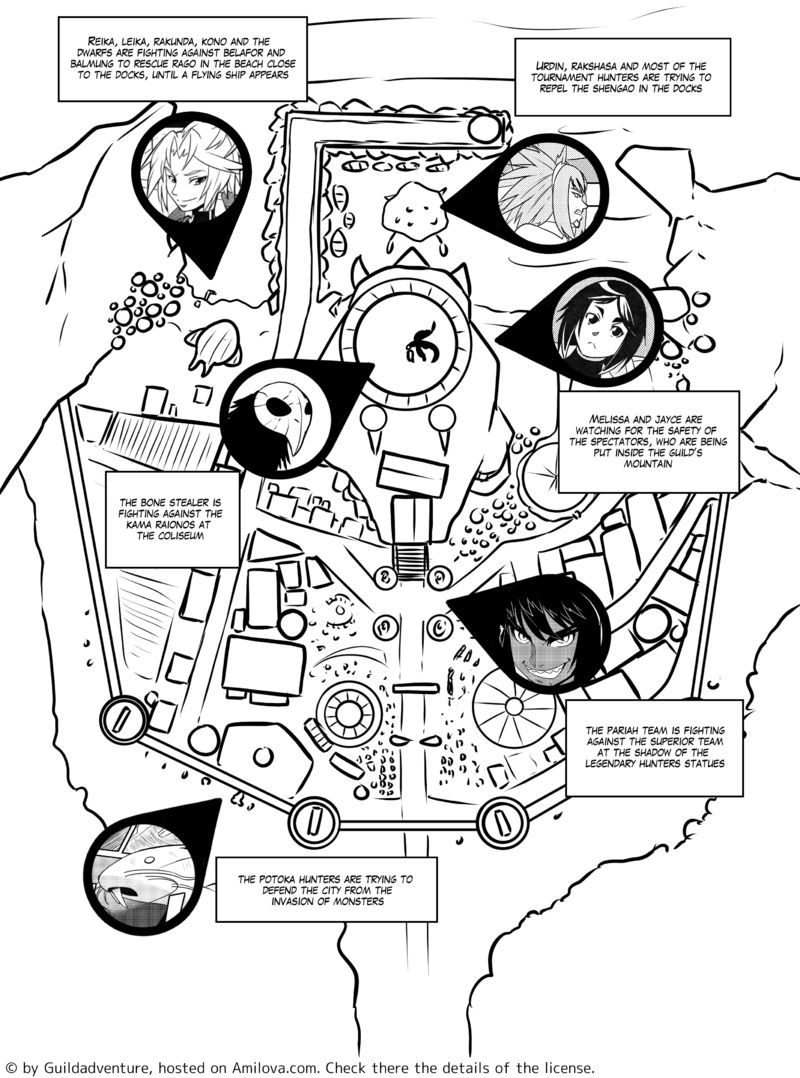 Reika, Leika, Rakunda, Kono and the dwarfs are fighting against Belafor and Balmung to rescue Rago in the beach close to the docks, until a flying ship appears.
urdin, Rakshasa and most of the tournament hunters are trying to repel the Shengao in the docks.
The Bone stealer is fighting against the Kama Raionos at the coliseum.
Melissa and Jayce are watching for the safety of the spectators, who are being put inside the guild's mountain.
The Pariah team is fighting against the superior team at the shadow of the legendary hunters statues.
The Potoka hunters are trying to defend the city from the invasion of monsters.
1731 views
comments