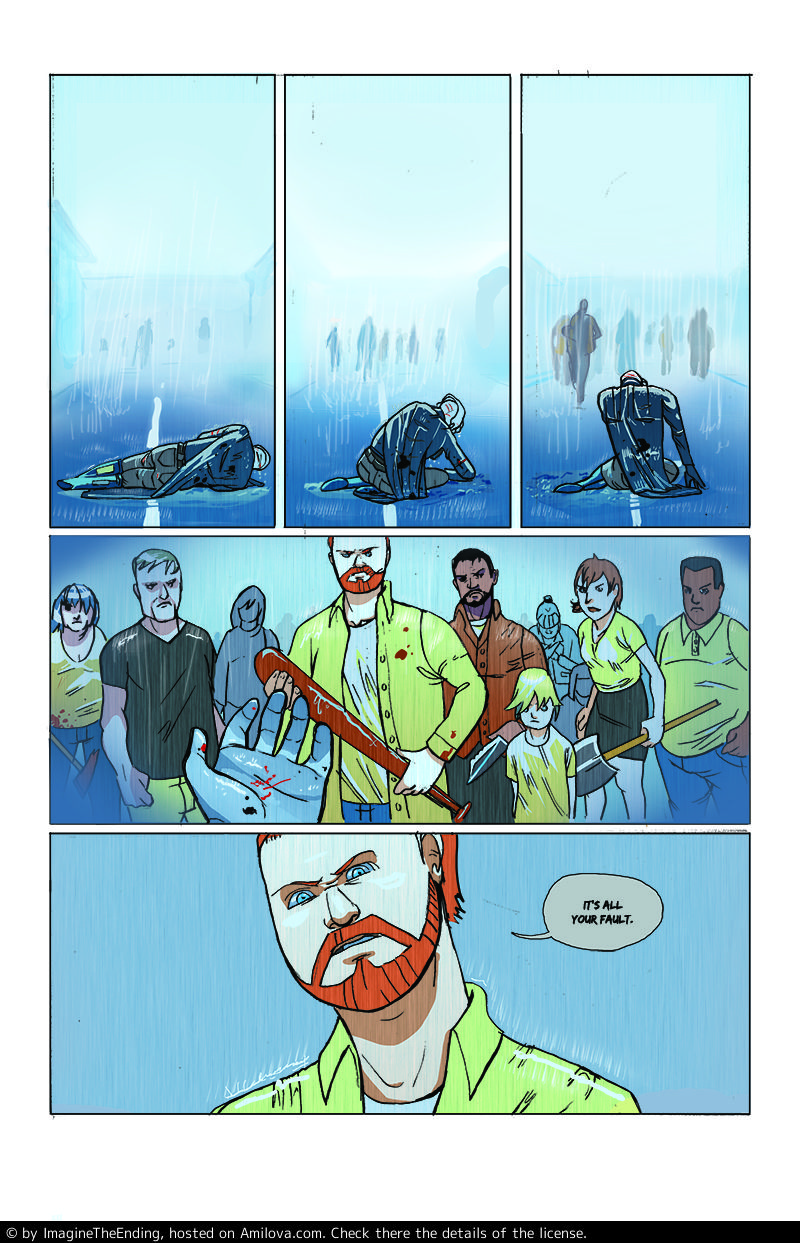 some kind of a deep memory when he is unconscious...

Memory? Why do you think this has to deal with his past? More than one person thinks this. I am curious to know where they may be getting this from.

The reason why I think this is interesting is because no where on this page does it imply it's a memory.

Here is a translation of my possible explanation:

I think you have to know something: kaspians ARE NOT humans. They look alike, but they're not humans. They probably know the existence of alien races, but live very well without them - for that reason the alien problem is taken very seriously a few page earlier.
The attack of Aex (who is human, but can be mistaken with a kaspian) should cause quite a mess, so it's normal militia are formed by some kind of extremists to find the attacker. Maybe it reminds them that bloodshed Jin was talking about page 4, as if here (in France) a jew was shot in the street and a tank with a swastika was seen in the city.
It's only my opinion

You've become the Vacant guru. Even though everyone sees something differently, you somehow always get the story right. Haha.

That's because I'm in the comic's team

And I've read the other pages and some other parts on your website, so I know things other people don't know :p

You're still pretty good at this, in my opinion.