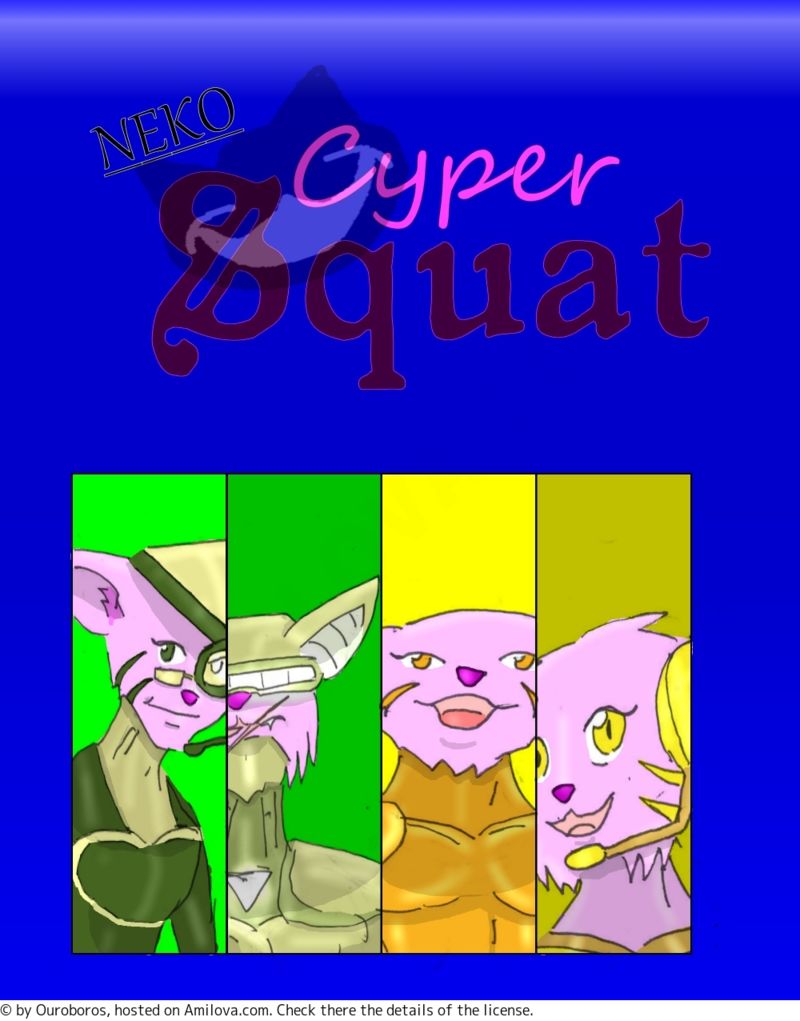 Sorry no comic this day so instead let's talk about the game Yi is playing a week ago.

The Citrus Sisters where once interstellar nurses but when the Terroriers of the space Empire butchered them they where reconstructed by there spaceship computer Alice.
Now with Cyber enchanced bodies they battle Lord Chen and his Yokeshire Terroriers.
As Lime, Pomela, Tangalo and Lemon as the Neko Cyper Squat

Lime
Is the leader and pilot of there ship the Neko-neko Meow.
As she lost her legs they have been replaced Cybertronics.
Collected and specialised in mental healing.
Weapon: Vibro blade

Pomela
Before she was almost killed Pomela was the most dedicated of the group. She wanted to help people more then anyone. She was the ships mechanic but her knowledge of nanotecholgy in the healing field was almost as advanced as her sisters.
Faith sadly had it that she was the most damaged even losing parts of her brain.
Now Pomela struggles with her term of her Nekmanity.
Weapon: Plasma Gun

Tangalo
Field surgeon of the Neko-neko Meow
A hot head who lost her arms in the attack.
Tangalo doesn't really give a fuck about lives and became a field surgoun for the trill and adventure.
Weapon: Power Fists

Lemon
Is the youngest of the group.
She loves her job and despite her age has a motherly aura just like her eldest sister Lime.
Lemon spirit is hard to break and her smile and attrcts have made her a fan favourite of the series
Weapon: Bullet -Pistol