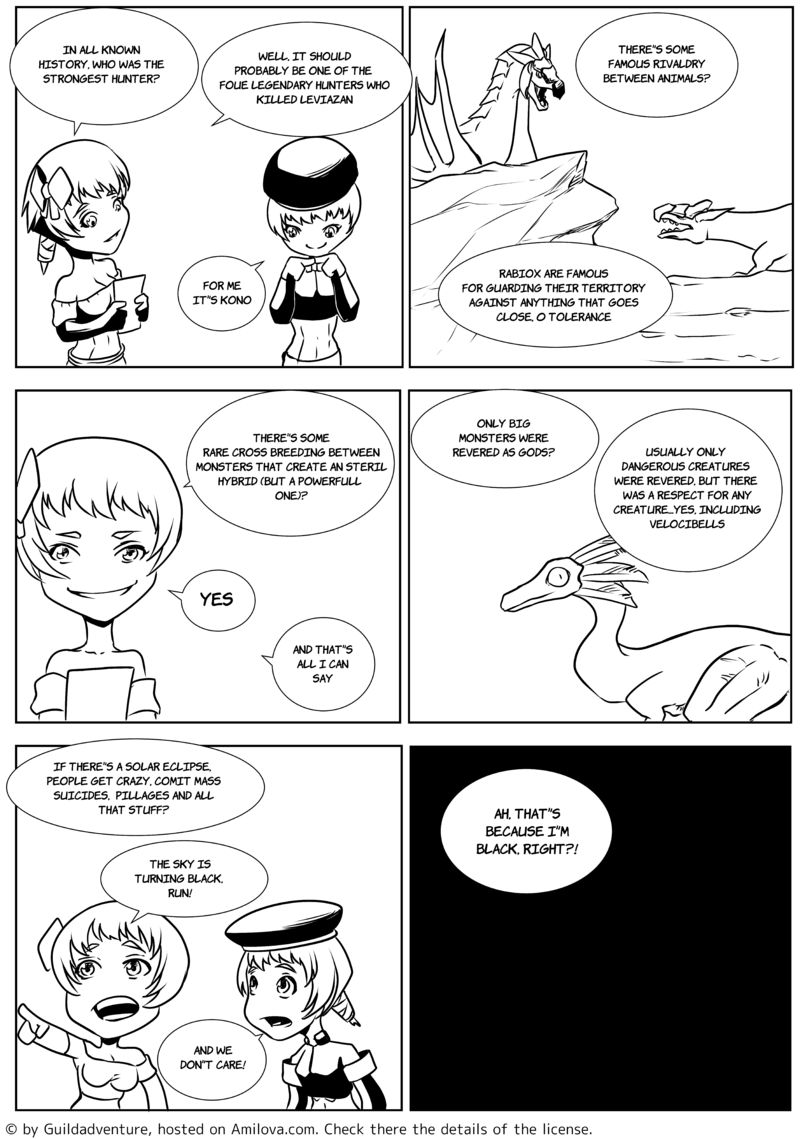 In all known history wha was the strongest hunter?
Well, it should probably be one of the four legendary hunters who killed Leviazan.
For me, it's Kono.
There's some
famous rivalry
between animals?
Rabiox are famous for guarding their territory
against anything that goes close, o tolerance.
There's some rare cross breeding between monsters that create an sterile hybrid but a powerful one?
Yes.
And that's all I can say.
Only big monsters were revered as gods?
Usually only dangerous creatures were revered, but there was a respect for any
creature ... Yes, including Velocibells.
If there's a solar eclipse people get crazy, commit mass suicides, pillages and all that stuff?
The sky is turning black, run!
And we don't care!
Ah, that's because I'm black, right?!
2501 views
1 comments

Last page of the twins mail, don't hesitate to ask new questions for the next chapter