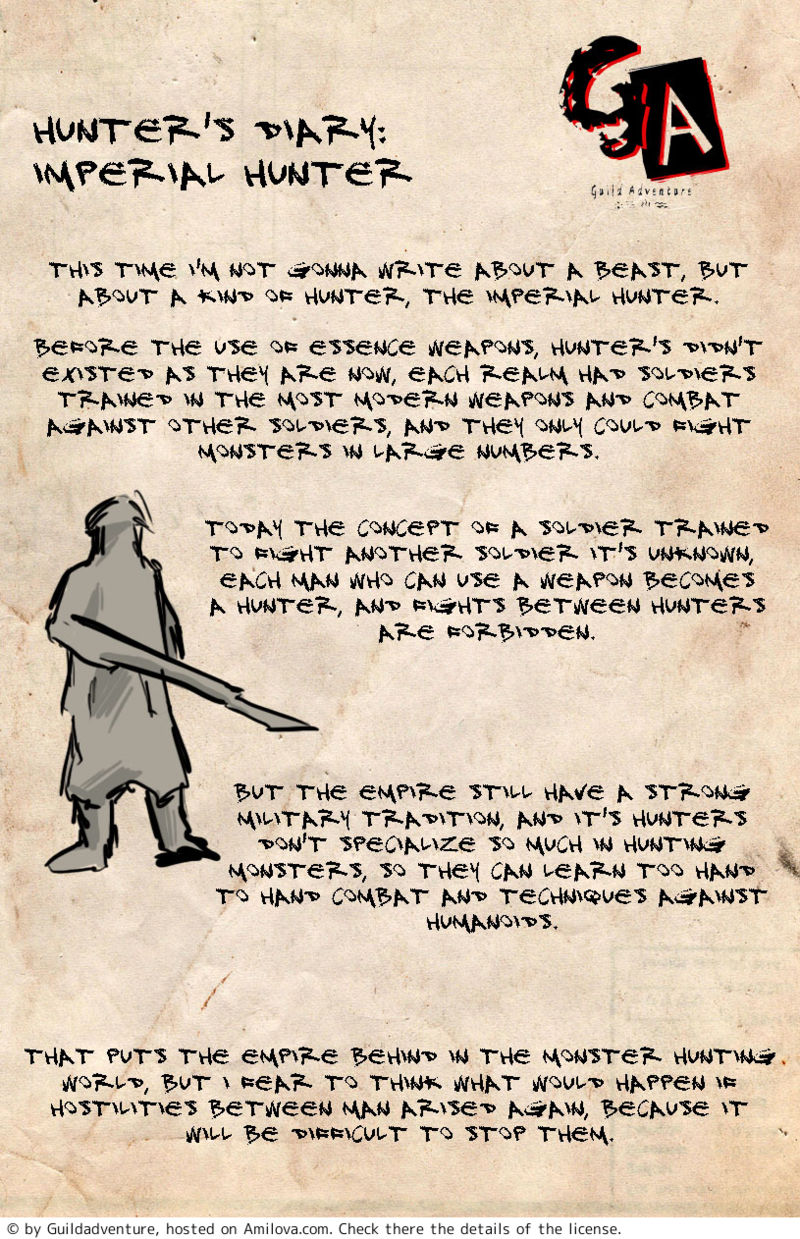 HUNTER'S DIARY:
IMPERIAL HUNTER
This time I'm not gonna write about a beast, but about a kind of hunter, the Imperial Hunter.

Before the use of essence weapons, hunter's didn't existed as they are now each realm and soldiers trained in the most modern weapons and combat against other soldiers, and they only could fight monsters in large numbers.
Today the concept of a soldier trained to fight another soldier it's unknown, each man who can use a weapon becomes a hunter, and fight between hunters are forbidden.
But the empire still have a strong military tradition, and it's hunters don't specialize so much in hunting monsters, so they can learn too hand to hand combat and techniques against humanoids.
That puts the empire behind in the monster hunting world, but I fear to think what would happen if hostilities between man arised again, because it will be difficult to stop them.
2679 views
1 comments

Empire hunters are dark people, you will see it