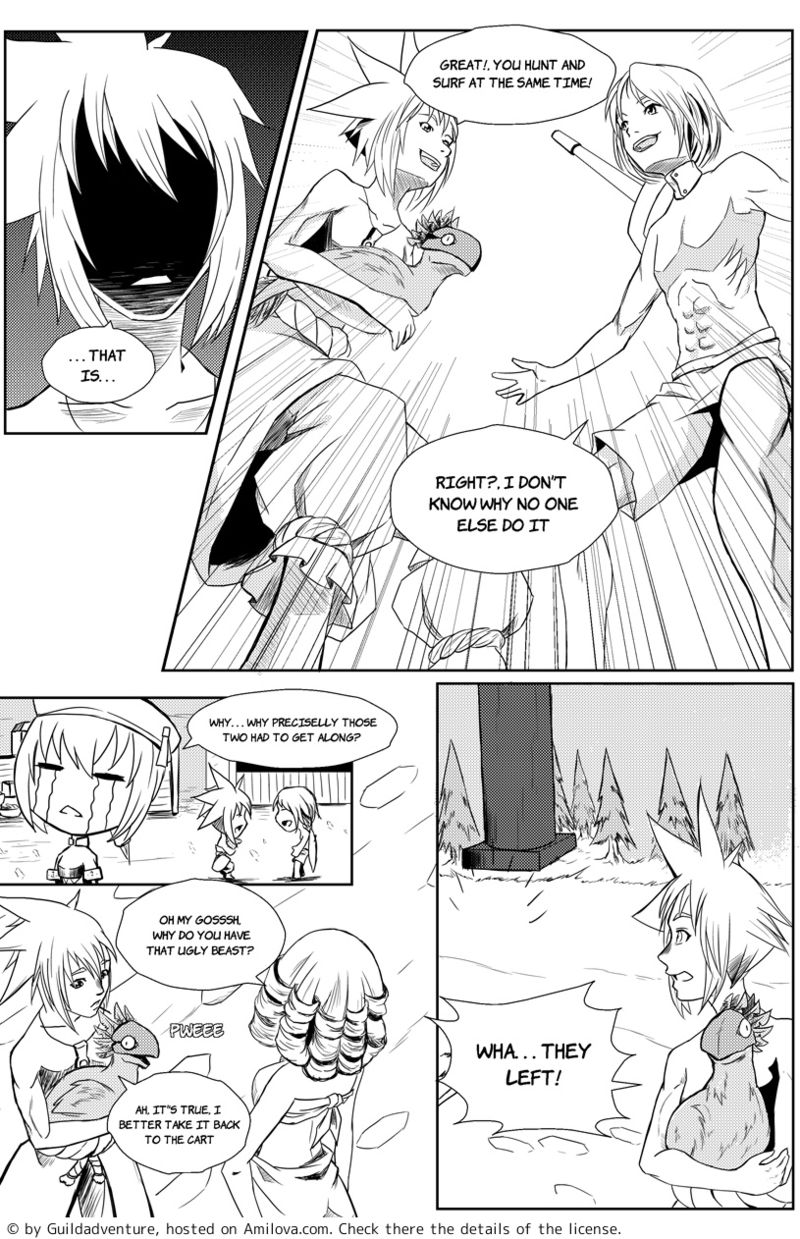 About the deities in Robukan, it's something that will appear in the background but i will talk a little about it now, just in case someone found strange Lorelei's comment.

In Robukan, as it's explained in the comic, in the past they had no ways of fighting monsters, so they ended up worshipping them as deities, like some of our actual cultures that worship animals as deities.

But, logically, when monsters changed from hunter to prey, this concept of them started to fade.So now what is left is respect for the creature, but the worshipping thing is just a tradition with no real meaning. So the characters have some ways of speaking related to "gods", but they had the same value than our casual conversations.

It's basically like when an agnostic apostate like me says "goddammit" even if i know there is nothing up there :p