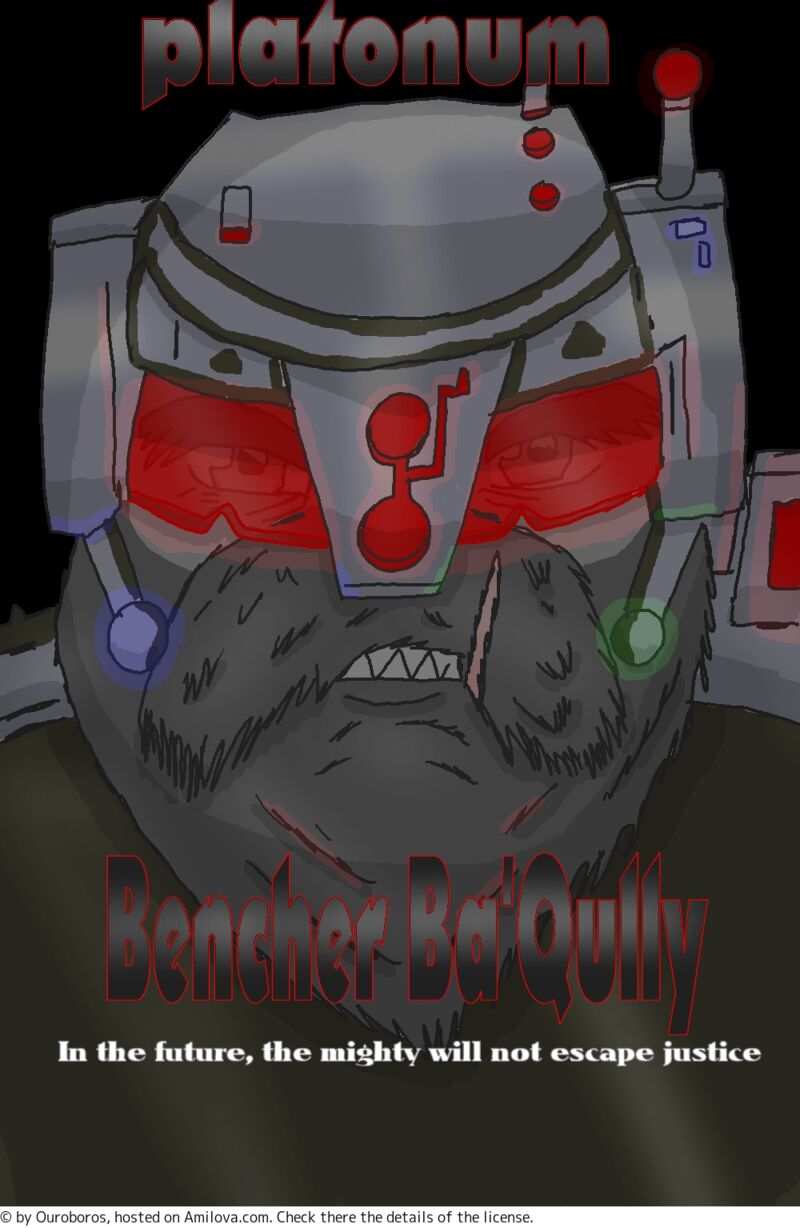 Remember when summer was not only going to the beach? But also see a movie in an air cooled cenema! Yeah I can hardly remember it to.

Art based on the 1995 Judge Dredd movie.

"A movie made by one of the main dwarven city states at the iron continent of Licier.
Based on the comic series The Bencher akka Bencher Ba'Qully about a special Law enforcement in the jungle metropolis of Rio de Janerio.
For a long time the portals to escape the harsh world has been shut as they became to hazardous.
The Dwarf or as they called here Janitors, by the name of Ba'Qully is in th mid fighting self proclaimed deities, desperate terrorist opening gates and the monsters that life beyond and in there world.
Puplished by Dvoid Tabloid