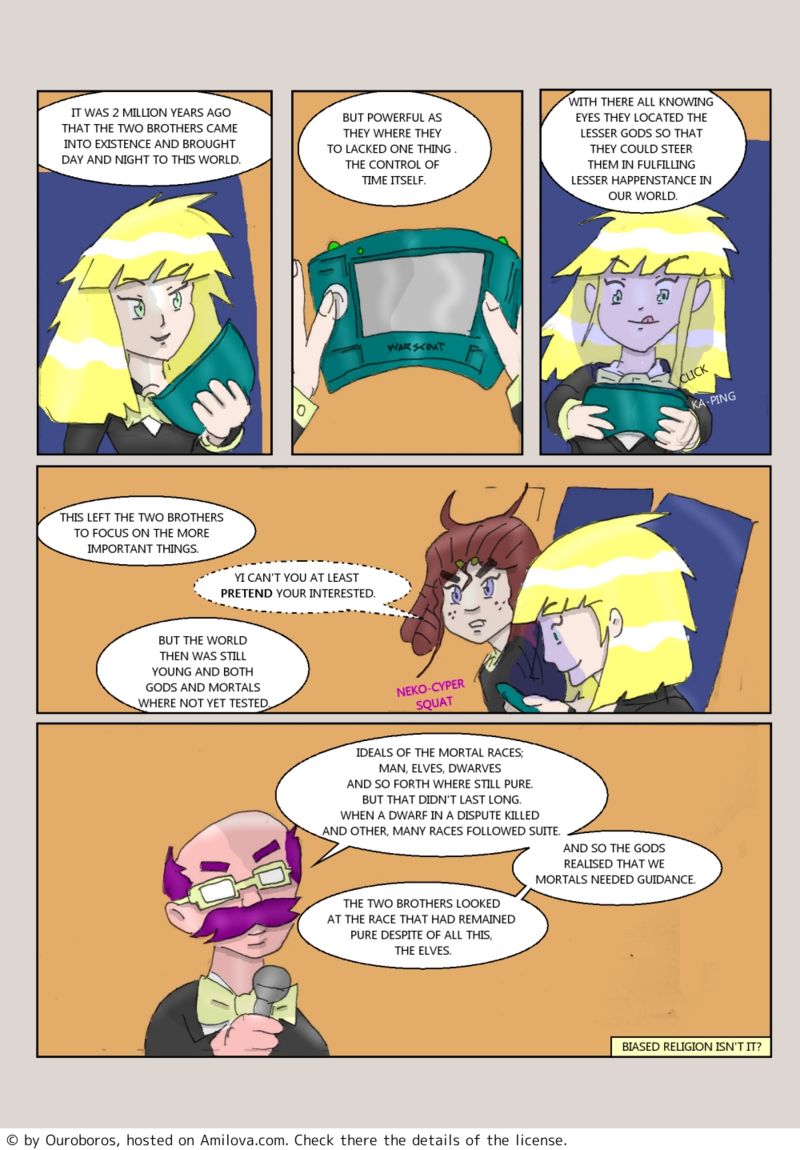 It was 2 million years ago that the two brothers came into existence and brought day and night to this world.
But powerful as they where they to lacked one thing.
The control of time itself.
With there all knowing eyes they located the lesser gods so that they could steer them in fulfilling lesser happenstance in our world.
This left the two brothers to focus on the more important things.
Yi can't you at least pretend your interested.
But the world then, was still young and both gods and mortals where not yet tested.
Ideals of the mortal races; men, elves, dwarves and so forth where still pure.
But that didn't last long. When a dwarf in a dispute killed an other, many races followed suite.
And so the gods realized that we mortals needed guidance.
The two brothers looked at the race that had remained pure, despite all of this.
The elves.
1881 views
comments