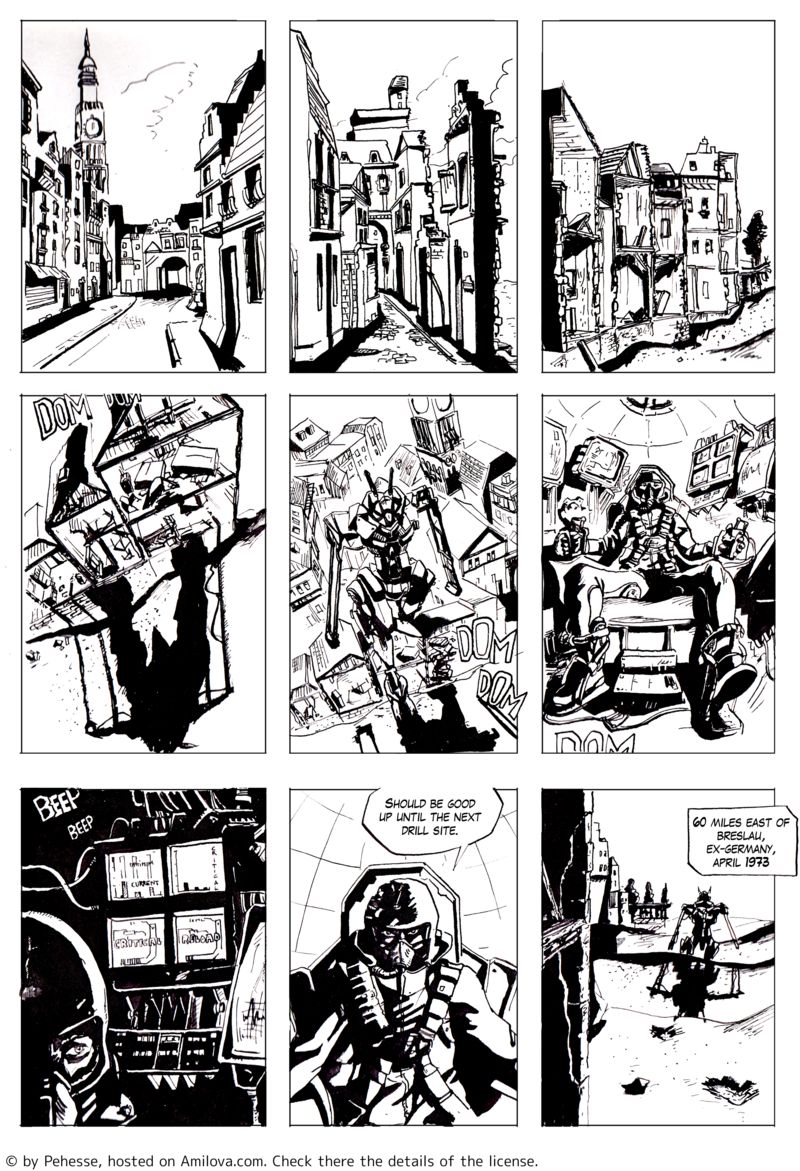 Random trivia about this page :

Ashell is meant to be the first part of a tryptic I have been writing and working on for close to five years now. I begun drawing it very recently, though, for a simple reason : I couldn't manage to decide a design for the main robot. Eventually, I decided to jump in the comic and draw what would come as it would come, correcting what would need to be corrected at a later point.. and so, the appearance of the robot on case 5 is actually the very first draft of this design. It changes quite a bit during the next few pages :-)

And here's a random related question : can you find out what references inspired this design ? I would say I had three conscious ones (EVA probably being an unconscious fourth - I have been told of the similarity often, and can't deny there's some part of EVAs in there, but it was not one of the "main" three :-)