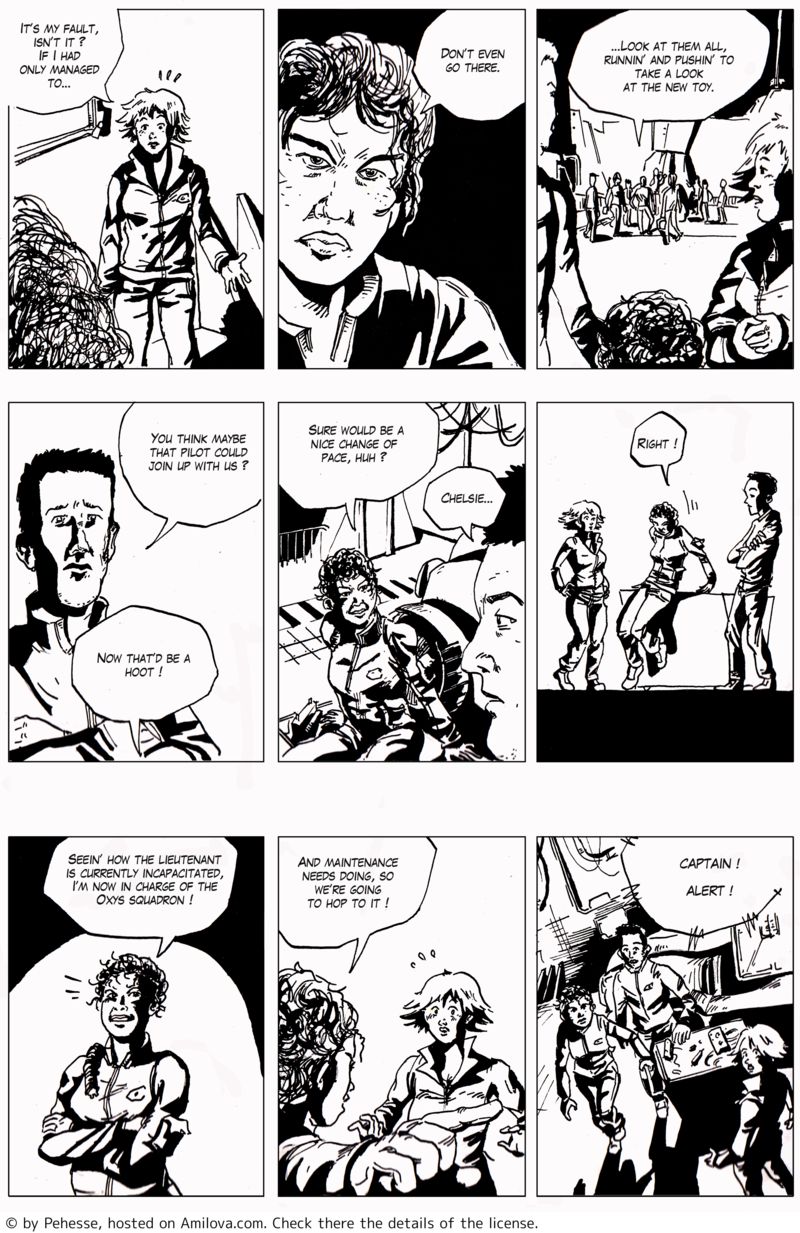 Esteryn said:very badly hidden jealousy, this lady ^.^ Hee hee, that's right. I think Chelsie's my favorite character, because she's so easy to read and predict - makes for a refreshing change among all these brooding and manipulating people around her :-)

She is likeable yes, probably because i'd never dare to express my feelings so obviously or vehemently, so I admire for doing so

Esteryn said:She is likeable yes, probably because i'd never dare to express my feelings so obviously or vehemently, so I admire for doing so

Or crudely, you might say :-D She's definitely got a loud (some would say potty ?) mouth, that one :-p she's a lot tamer in french, actually - the vulgarity didn't feel as right, and it's a lot more downplayed. She still swears and curses a lot, though..

Swearwords are always less chocking when not in your mother tongue

Esteryn said:Swearwords are always less chocking when not in your mother tongue

There's that, too :-) But there's also a difference in contracting language - in French, it rapidly makes you sound illiterate and stupid (which Chelsie is not), but in English, abuse of contraction is more a sign of fast-talkedness (and not mere ignorance, though it of course may also be that as well). So in French, Chelsie is simply vulgar - in English, she is both vulgar and strong-worded, for lack of a better word :-)