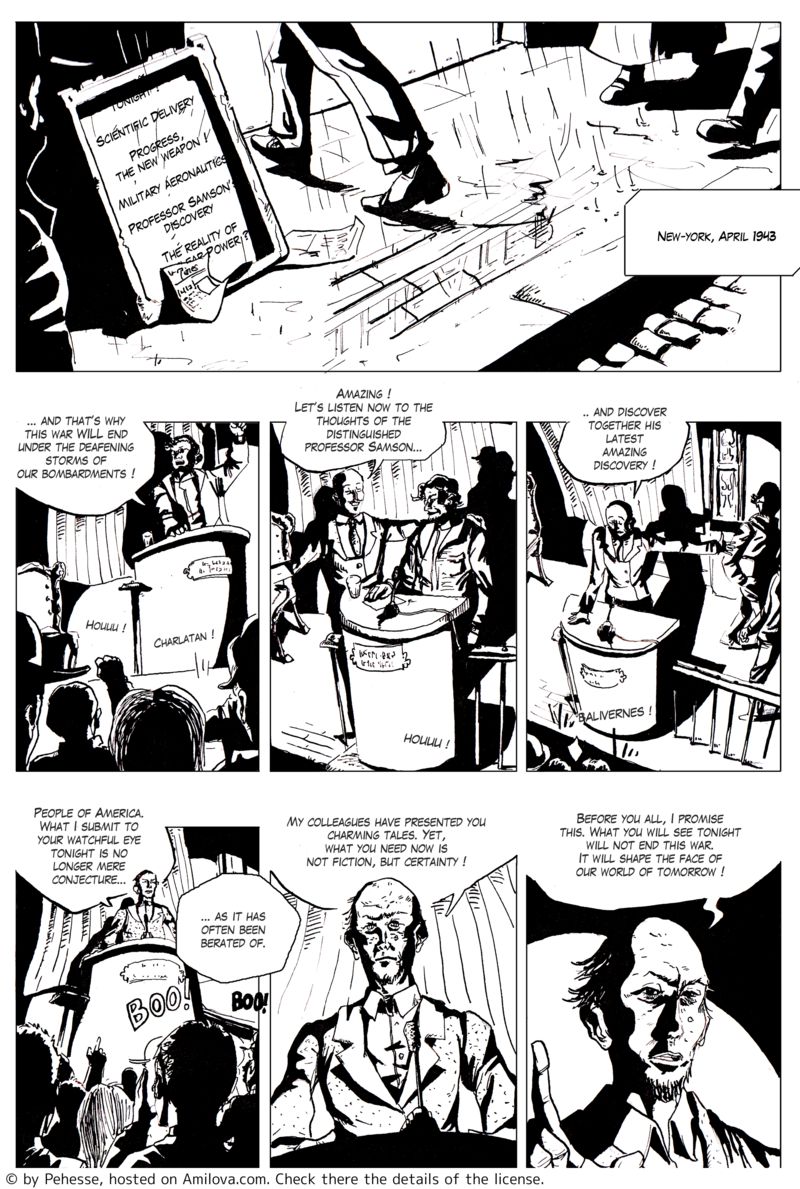 Random trivia about this page :

The first version of this page was in greyscale, using an informatic wash-drawing. The point was to show the depicted era was different than the "main" era of the rest of the comic, and would be later used as a reference to help recognize flashbacks. But since the first of these happens very late (chapter 5) and this one is very short, it wasn't clear why the first page was in a completely different style from the rest.. that, and the result was horrid :-D so, the page was reworked to fit the rest of the comic.

And one other thing : the seemingly idiotic researcher from cases 2 and 3 bears a striking resemblance to... me. It was definitely not a conscious decision, and I only noticed it quite a while after :-)

Amazing mastery of black and white. Love the first image with the shoe and the rain.

Esteryn said:Amazing mastery of black and white. Love the first image with the shoe and the rain. Oh, thanks ! Still, I think I'll redo this page at some point (the whole beginning, most likely, actually)... it doesn't look the same as some of the later pages :-)