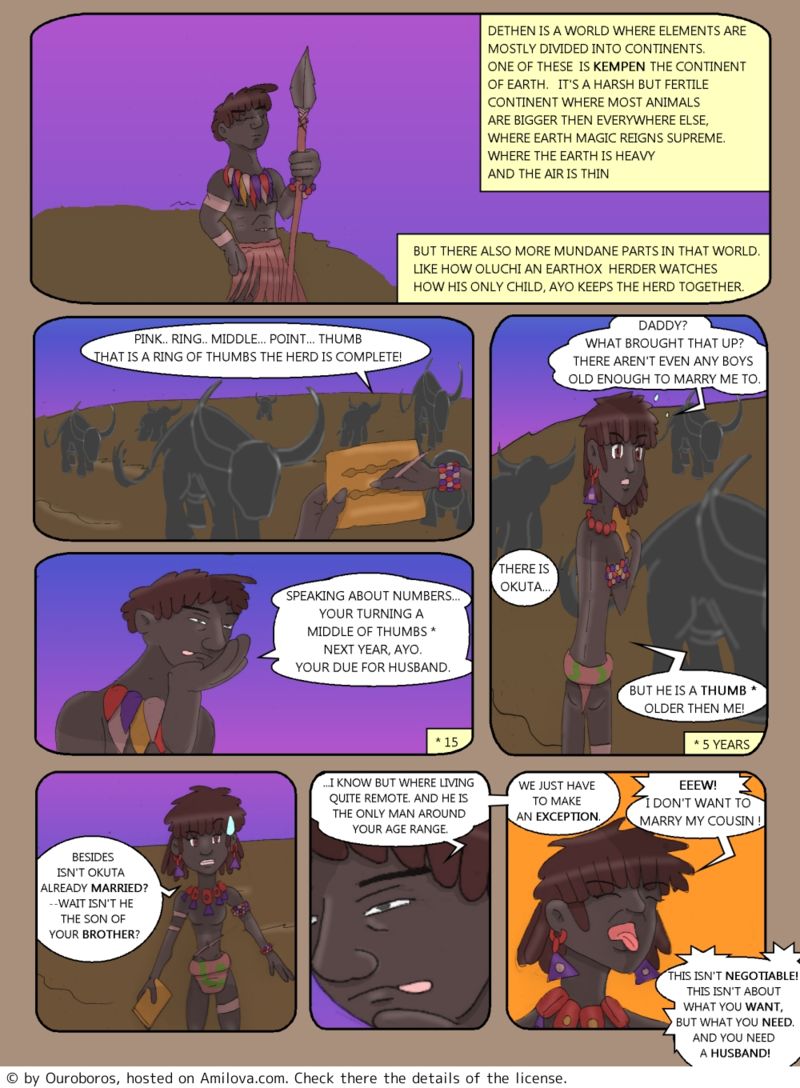 Dethen is a world where elements are mostly divided into continents.
One of these is KEMPEN the continent of Earth.
It's a harsh but fertile continent where most animals are bigger then everywhere else, where earth magic reigns supreme.
Where the earth is heavy and the air is thin.
But there also more mundane parts in that world.
Like how Oluchi an earthox herder watches how his only child, Ayo keeps the herd together.
pink.. ring.. middle... point... thumb
That is a ring of thumbs the herd is complete!
Speaking about numbers...
Your turning a middle of thumbs * next year, ayo.
Your due for a husband.
*15
Daddy?
What brought that up?
There aren't even any boys old enough to marry me to.
There is Okuta...
But he is a THUMB * older then me!
* 5 years
Besides isn't Okuta already MARRIED?
--wait isn't he the son of your BROTHER?
...I know but where living quite remote.
and he is the only man around your age range.
We just have to make an EXCEPTION.
EEEW!
i don't want to marry my cousin !
This isn't NEGOTIABLE!
this isn't about what you WANT,
but what you NEED.
and you need a HUSBAND!
2229 views
comments