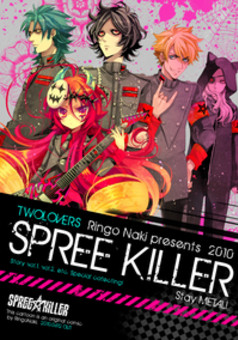 313 Comments on the pages of SPREE★KILLER

Zubaida 3Mar ch1 p7 Hi ! I want take the Permission for translate this manga to other languages..

Throneofsouls 22Oct ch1 p4 Well,one of the rules in the entertainment business is know your audience...which while in hell means no singing sappy love songs (...)

Throneofsouls 22Oct ch1 p1 I give this cover a ten plus. It's flawless.

313 comments in other languages.

Message board : topics about SPREE★KILLER

Average of readers per day: 191