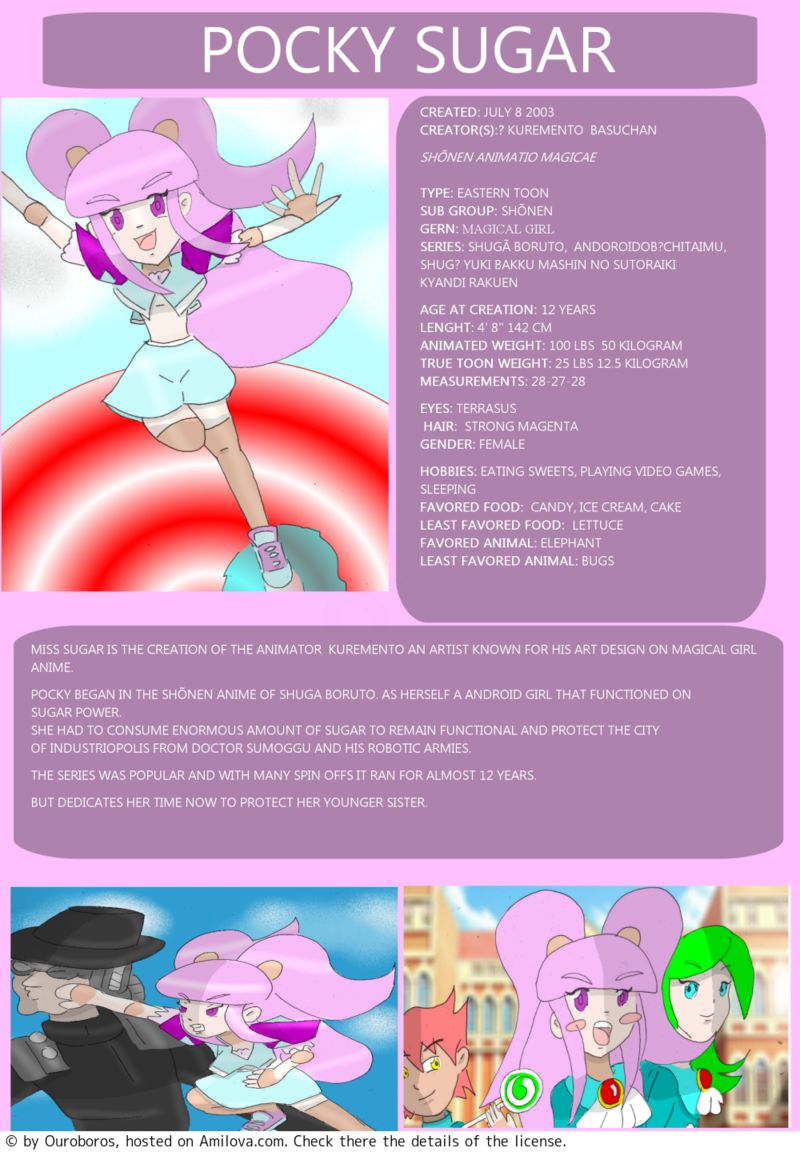 Pocky began in the shõnen anime of shuga boruto.
As herself a android girl that functioned on sugar power.
She had to consume enormous amount of sugar to remain functional.
And protect the city of industriopolis from doctor sumoggu and his robotic armies.

The series was popular and with many spin offs it ran for almost 12 years.

But dedicates her time now to protect her younger sister.
1750 views
1 comments

No new page today, i don't feel so motivated this week.

Otona no manga no machi